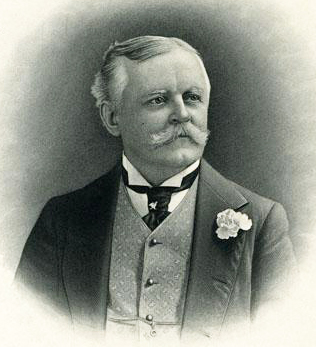 Julian Shakespeare Carr, industrialist and philanthropist, was born the son of John Wesley and Eliza Pannill Bullock Carr in Chapel Hill, where his father was a merchant. He attended The University of North Carolina from 1862 to 1864, when he enlisted and served as a private in the Third North Carolina Cavalry of the Confederate Army. He returned to the university for the year 1865–66 and then went to Little Rock, Ark., to engage in business with an uncle from 1868 until 1870.

When he returned to North Carolina, Carr joined the tobacco manufacturing firm of W. T. Blackwell and Company in Durham. Shortly afterward, his father gave him four thousand dollars to purchase a third interest in the company. Assuming financial management of the concern, he began a pioneering advertising campaign and used the Bull Durham trademark to publicize the tobacco manufactured by his firm. The name soon came to be known around the world, and the business flourished. Carr bought the interests of the other partners and in 1898 sold the business to the American Tobacco Company for almost three million dollars. He then engaged in extensive banking operations; organized and built a hosiery mill with plants in many towns in the state; was an organizer and builder of the Durham-Roxboro Railroad, which afterward became part of a larger line; and was active in electric and telephone companies. He also purchased a small weekly newspaper in Durham and converted it to a daily.

During his lifetime, Carr was said to have given away a fortune. His three great loves were the Methodist church, The University of North Carolina, and the Confederate veterans. To all of these he contributed generously. His concern with education was broad, and he also aided Davidson, Wake Forest, St. Mary's, Elon, and Greensboro colleges, among others. He contributed to orphanages and to homes for Confederate veterans and widows. As a trustee of Trinity College, then located in Randolph County, he led a campaign to raise funds to move the school to Durham, where it afterward became Duke University. He was also a benefactor of the Training School for Colored People, Augusta, Ga., and American University, Washington, D.C. He was a member of the original committee that proposed the organization of the Methodist Assembly at Lake Junaluska and was on its first executive committee. 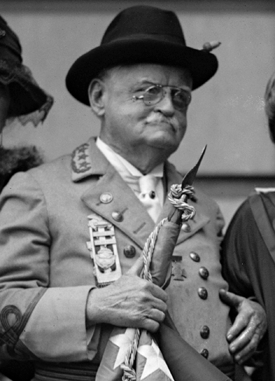 In 1881, Carr met a young Chinese boy, Charles J. Soong, who had arrived in the port of Wilmington aboard a trading ship. Carr learned that Soong had sought baptism at the local Methodist church and that he wanted to remain in America for an education. Carr aided him to attend Trinity College and then continue his education at Vanderbilt University. The two became lifelong friends, and Carr accepted Soong as a member of his own family. When he returned to China, Soong worked in the Methodist China Mission and established a business to print Bibles in Chinese. His youngest daughter was Madame Chiang Kai-shek.

As commander of the United Confederate Veterans in North Carolina, Carr held the honorary rank of major general and was thereafter known as General Carr. He was also an active Democrat, a generous contributor to the party, and a delegate to party conventions. In 1900, at the national party convention, North Carolina and Idaho cast their votes for Carr for vice-president. In 1897, Carr was one of the donors of a site for the Durham Public Library, which became the first publicly supported library in the state. He was a trustee of that library and of many schools and other institutions in the state, including The University of North Carolina and Greensboro and Trinity colleges.

Carr was married to Nannie Graham Parrish in 1873; they were the parents of Eliza Morehead, Lallah Rooke, Julian S., Jr., Albert Marvin, Claiborne McDowell, and Austin Heaton. Carr was buried in Maplewood Cemetery in Durham. 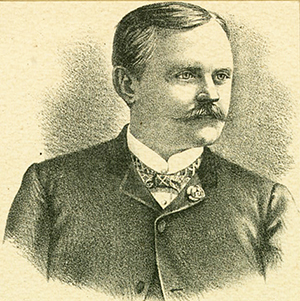 I second the comment above about the monument dedication speech. This portrait of Carr ignores an important aspect of the man. It needs updating.

Would you like to embellish this flattering bio of an accomplished businessman and philanthropist by mentioning that Mr. Carr spoke at the 1913 dedication of the "Silent Sam" monument at UNC, whereat he said he'd fought for the protection of the "Anglo Saxon race" and bragged about horse-whipping a "negro wench" who had insulted a Southern lady? Source: http://docsouth.unc.edu/commland/monument/41/