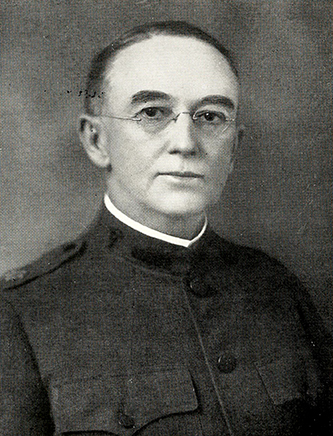 John Wesley Long, physician and surgeon, was born at Long's Mill in Randolph County. He was the son of Dr. Wesley, a general practitioner, and Margaret Troy Long. His father died when John Wesley was only a few years old, and he had to work his way through school. He began his medical education under a preceptor, Dr. John F. Miller of Goldsboro, before attending Vanderbilt University Medical School where he was graduated in 1883. Long also spent a year at the University of Nashville, receiving a diploma in 1884. In 1888 he studied for a time at the New York Polyclinic Medical School.

After practicing briefly at Aurora, Long moved to Randleman, in his home county. Ten years later he went to Richmond, where he taught pediatrics and gynecology at the Medical College of Virginia for four years. He then returned to North Carolina, working first in High Point and then in Salisbury, where he helped Dr. John Whitehead establish the Whitehead-Long Sanatorium.

Because he was interested in surgery, Long moved in 1903 to Greensboro, where he helped establish the Greene Street Hospital. After St. Leo's Hospital was organized in 1906, he practiced surgery there for eleven years. In 1917 he opened the Wesley Long Hospital, a small private institution which was being enlarged and modernized at the time of his death. Long's work in Greensboro was interrupted by military service in World War I. During the conflict, he organized Base Hospital No. 65, which was first located at Fort McPherson, Ga., and later moved to France. After the armistice he returned to the United States to take charge of reconstructive surgery at Camp Gordon, Ga.

In spite of his demanding practice, Long found time for other professional activities, including much writing. Most of his papers were on surgical techniques. One of them, "Enterostomy—A Perfected Technique," he read before the Southern Surgical Society in 1916 and used as his thesis at the University of Manitoba, which conferred on him the M.C. (master of chirurgery [surgery]) degree. He also wrote several historical papers, including one on the early history of the state medical society, of which he was an active member and once president. Long was one of the founders of the Southern Surgical and Gynecological Society, of which he was president in 1914. He was also a founder of the American College of Surgeons and probably originated its practice of holding clinical meetings in various places, as he had done with the North Carolina Surgical Club. Dr. H. H. Ogburn, in an obituary of Long, wrote that one surgical procedure he devised became a standard operation at the Mayo Clinic, where Long had conducted some clinical sessions. Long is said to have been personally interested in each of his patients and to have found time for constant study.

During his early practice in Randleman, Long married Mary Eliza Woollen, the daughter of Dr. W. A. Woollen. They had four children, three of whom—Wyeth W. and Mrs. C. D. Benbow of Greensboro, and Mrs. August Klipstein of New York—survived him. Long was buried at the Green Hill Cemetery, Greensboro.

Phillips, Robert L. The life and writings of John Wesley Long, M.D., 1859-1926: history of medicine in the Piedmont section of North Carolina as well as a medical and generalized chronology for this period. Greensboro, N.C.: R.L. Phillips. 1985. (accessed September 10, 2013).

Very good article!! My grandfather served under Dr. Long at Base Hospital # 65 in Brest, France!