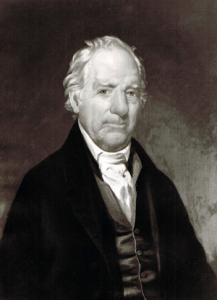 Richard Bennehan, merchant, planter, builder, and pioneer in the tobacco industry and in education, was born near Warsaw, North Farnham Parish, Richmond County, Va. The fifth of seven children, he was the son of Dudley and Rachel Bennehan. The Bennehans, who were of Irish extraction, appear in Virginia records first with Richard's grandfather Dominick, whose name occurs in Richmond County legal documents as early as 1694 and who died in 1716. Dominick and his wife Elizabeth had four children, Elizabeth, Alexander, Frances, and Dudley. Dudley Bennehan (1713–49) died when Richard was only six years old.

After serving an apprenticeship of several years in the mercantile business in Richmond County, Bennehan left for Petersburg, Va., in 1762. He carried a recommendation from his former employers declaring that he had always "discharged his trust with fidelity and to the approbation of his employers" and that he was a "sober, honest, and well-behaved person." At Petersburg he found employment with a firm of merchants, one of whom, Edward Stabler, became an intimate and helpful friend.

In the second half of the eighteenth century, ships put in at Petersburg from all over the world, and merchants and bankers in Petersburg kept in close touch with their counterparts in London, Glasgow, and other European cities. Over roads leading south and southwest from Petersburg, mail and news from Europe as well as trade commodities were able to reach people in the backwoods and on the cotton and tobacco plantations of southern Virginia and North Carolina. Bennehan's experience at Petersburg was of incalculable value to him, teaching him the ways of international banking and trade, on the one hand, and the ways of the large planter and the backwoodsman, on the other. On a road about half way between Petersburg and Salisbury and fifteen miles northeast of Hillsborough, a Scot by the name of William Johnston owned an extensive plantation called Snow Hill and maintained a large store with which customers from Orange and nearby counties did business. In 1768 he needed a manager for the store and offered the position, with a one-third share in the business, to Bennehan. Bennehan accepted and in December established himself at Snow Hill; henceforth North Carolina was to be his home.

The partnership with Johnston brought Bennehan in contact with a capable businessman who was closely associated with important people and activities throughout the colony. The partnership flourished, and a strong mutual respect was maintained until Johnston's death in 1785.

In 1776, Bennehan married Mary Amis, daughter of Thomas Amis of Halifax and sister of a younger Thomas Amis, who distinguished himself in the Revolution. In the same year, Bennehan made his first purchase of land—893 acres three miles northeast from Snow Hill on the west side of the Flat River—from Tyree Harris, who had been sheriff of Orange County during the Regulator movement. This was the beginning and nucleus of the Stagville-Fairntosh complex of plantations on the headwaters of the Neuse River, which before the end of the nineteenth century would amount to more than thirty thousand acres. In 1787, Bennehan purchased from Judith Stagg, widow of Thomas Stagg, 66 acres of land high on a ridge just west of the river-valley land bought from Tyree Harris some years earlier. Here in 1799 he built a house that he called Stagville, still standing in 1974. By 1800, Bennehan owned over 4,000 acres and 44 slaves; two children were born to the Bennehans: Rebecca (1778–1843), who in 1803 married Duncan Cameron; and Thomas Dudley (1782–1847), who never married. With the help of his enterprising son and of Duncan Cameron, a lawyer with an excellent head for business, Bennehan greatly increased the extent of his land holdings before his death in 1825.

One of Bennehan's best friends in the last decade of the eighteenth century was William Richardson Davie of Halifax, son-in-law of another close friend, General Allen Jones. Bennehan joined forces with Davie and Jones when they led the movement in the early 1790s to found the city of Raleigh as the capital for the state. Davie was instrumental in making Bennhan one of the five commissioners who bought the Joel Lane plantation of a thousand acres and there laid out the city of Raleigh. When lots of one acre each were offered for sale in 1793, Bennehan bought four, making up a square between what are now Bloodworth, Person, Hargett, and Morgan Streets, where Hugh Morson High School was later built. Bennehan Street was created when each of the commissioners had a street named for him.

Bennehan also joined Davie and Jones in encouraging the establishment of The University of North Carolina. Davie had great confidence in Bennehan's advice, corresponded with him frequently about various problems, and sought his practical assistance. In October 1793, Bennehan donated fifty bushels of shells for making mortar for the construction of Old East. These had to be brought by boat from Wilmington to Fayetteville and then hauled by wagon to the building site. Later he gave an air pump for scientific experiments and in 1796 thirty-two books for the library. In 1799 he became a member of the board of trustees and of the visiting committee, which was responsible for inspecting the institution from time to time and reporting back to the trustees. He was the first of eight Bennehans and Camerons who served as trustees of the university. His son, Thomas Dudley, was a student at the university, a member of the Dialectic Society, and from 1812 until his death in 1847 a trustee.

When William Johnston's only daughter, Amelia, moved to Kentucky, Bennehan bought Snow Hill Plantation and a large tract of land on the east side of Flat River joining the Stagville land. At the time of Rebecca's marriage to Duncan Cameron, he gave them three hundred acres, which became the nucleus of Fairntosh Plantation.

Bennehan was buried beside his wife, who had died in 1812, in the family plot near the Stagville house, where his son was later interred. Portraits are in the possession of his descendants Mrs. John W. Labouisse and Mrs. Eric van Lennep.

Samuel A. Ashe, ed., Biographical History of North Carolina, vol. 3 (1905), and Cyclopedia of Eminent and Representative Men of the Carolinas of the Nineteenth Century (1892).

Cameron Papers (Southern Historical Collection, University of North Carolina, Chapel Hill), for the ledger books and other records of the Snow Hill store.

Well I have read and made a

Well I have read and made a copy of Thomas Amis will that referred to his daughter as Mary Amis. I hope the issue has been resolved.