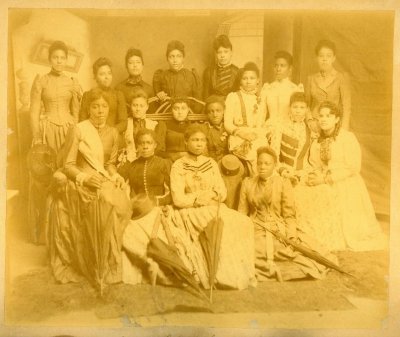 Barber-Scotia College was founded in Concord in 1867 as Scotia Seminary, a Presbyterian preparatory school for young, newly freed African American women. For more than a generation the institute prepared these women to become teachers, social workers, and members of other professions. Over time the school grew, and significant changes in programs and policy were initiated. In 1916 the curriculum was expanded and the school's name changed to Scotia's Women's College. In 1930 the college merged with Barber Memorial College of Anniston, Ala., and the name Barber-Scotia College was adopted two years later. The first bachelor's degrees were awarded by Barber-Scotia in 1945.

Barber-Scotia College became coeducational in 1954. By the early 2000s the college was an accredited four-year liberal arts institution, continuing its historical relationship with the Presbyterian Church (U.S.A.). The student population continues to be primarily from North Carolina and South Carolina, although students have come from many states, the U.S. Virgin Islands, and several foreign countries.

Our youth at my church is

Our youth at my church is celebrating Black History Month by recognizing all the HBCU in North Carolina . Each youth was given a college to look up and tell something about it. Hopefully this may inspire them to consider some of these colleges to attend when they complete high school. I am the youth director and I asking Barber-Scotia to supply us with some information to display

Hello. My Great Grand father came from Durham North Carolina. His cousin it was said that he served as President. Don't know if that is true. Can't find any inform My Great GrandfatherNCpedia was close friends of Ms Mary Mcleod Bethume. My Grandfather was born on the Campus of Bethume Cookman University.

Please contact me. We are honoring Dr. Leland S. Cozart on November 18, 2017. We have had trouble locating his relatives. Dr. Cozart served Barber-Scotia College well for 32 years! ksoares@b-sc.edu