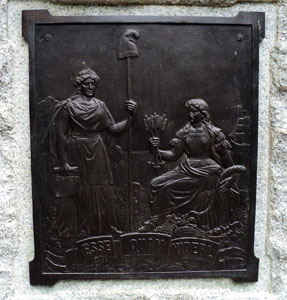 Translation: "To be rather than to seem."

The General Assembly of 1893 (Chapter 145) adopted the words “Esse Quam Videri” as the state’s official motto. The legislators directed that these words, along with the date “20 May, 1775,” be placed with North Carolina’s coat of arms upon the Great Seal of the State of North Carolina. “Esse Quam Videri” means “to be rather than to seem.” Nearly every U.S. state has adopted a motto, generally in Latin. North Carolina’s motto is quoted from Cicero’s essay on friendship (Cicero, de Amnicitia, Chapter 26). Until the 1893 act, North Carolina had no motto. It was one of the few states which did not have a motto and the only one of the original thirteen without one.

Excerpts from original essay and translations

"The fact is that fewer people are endowed with virtue than wish to be thought to be so." (Shuckburgh translation)
"...[N]ot nearly so many people want actually to be possessed of virtue as want to appear to be possessed of it." (from On Old Age and On Friendship, trans. by Frank Copley, Ann Arbor, U Mich. Press, 1967, p. 87).
"...[F]or the Numbers of the really virtuous are not so great, as they appear to be." (from M.T. Cicero, His Offices, trans. by William Guthrie, Esq., London, T. Waller, 1755, p. 317). 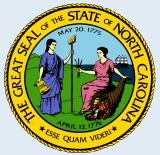 AN ACT TO ESTABLISH A STATE MOTTO

WHEREAS. Contrary to the usage of nearly all the states of the American Union the coat-of-arms and the great seal of this state bear no motto; and whereas, a suitable motto, expressive of some noble sentiment and indicative of some leading trait of our people, will be instructive as well as ornamental, and the state should also keep in perpetual remembrance the immortal declaration of independence made at Charlotte; now therefore,

Section 1. That the words "esse quam videri" are hereby adopted as the motto of this state, and as such shall be engraved on the great seal of North Carolina and likewise at the foot of the coat-of-arms of the state as part thereof.

Sec. 3.That this act shall be in force from and after its ratification.

Good for Ashanti to work on

Good for Ashanti to work on

Latin is shorter than English

Latin is shorter than English, like the motto Esse Quam Videri takes six English words to express the same meaning

Latin was used for mottos out

Latin was used for mottos out of tradition. Latin used to be part of a well-educated person's schooling. Here's a BBC article on Latin school mottos.

This is really good

This is really good information for my daughter to do her state symbols project!

this helped me on my state

this helped me on my state symbols project

Helped me on mine too

Helped me on mine too

I am sorry,I meant to say

I am sorry,I meant to say this is wonderful information!

this is boring information

this is boring information