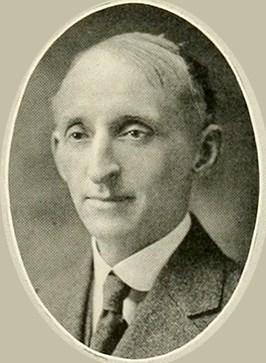 Michael Hoke, pioneer orthopedic surgeon, was born in Lincolnton, the second surviving son of Major General Robert Frederick Hoke, of the Confederate Army, and Lydia Ann Van Wyck Hoke. He was named for his paternal grandfather, who died in 1841 after a strenuous campaign for the governorship of North Carolina. His maternal uncle, Robert Van Wyck, was the first mayor of metropolitan New York City. During his infancy the family moved to Raleigh, where he received his early education. At age fifteen, Hoke entered The University of North Carolina. At Chapel Hill he was an outstanding student, athlete, and captain of the football team; he was graduated in 1893 with a B.S. degree in electrical engineering and entered medical school the next fall. Hoke received an M.D. degree from the University of Virginia in 1895. His internship and residency were at the Johns Hopkins Hospital, where Sir William Osler was chief of medicine and William S. Halsted was chief of surgery.

Influenced by his father, Hoke began the practice of general surgery in Atlanta in 1897. After three years he left to spend a year in Boston under Dr. Joel E. Goldthwait, the first orthopedic surgeon in America. Hoke returned to Atlanta to specialize in orthopedic surgery, being the first to practice this specialty in Georgia as well as one of the few pioneers in orthopedics in the nation.

On 20 Apr. 1904 he married Laurie H. Harrison of Atlanta. They had two daughters: Mrs. Charles McGehee of Atlanta and Mrs. Edward Jastram of Rehoboth, Mass.

Hoke's chief interest was in the crippled child, and for years he gave his services without pay. Operations were performed at the Wesley Memorial Hospital, which later became the Emory University Hospital. The cost of the children's hospitalization was defrayed by a group of women who sold pencils on their behalf. The long convalescence and treatment required special quarters, so two cottages were rented in Decatur. A clinic was then opened for the local poor. From this beginning the Scottish Rite Hospital for Crippled Children was established and rapidly expanded; its permanent quarters were occupied in 1919. Thereafter the Shriners took over the project, and their work led to a chain of hospitals for crippled children throughout America. Hoke was among the first to serve on the advisory board for these hospitals.

The flail foot that often resulted from poliomyelitis had been treated for years by sacrificing the heel bone. Because of his mechanical training and innovative mind, Hoke was able to devise an operation that stabilized the foot by causing complete union of the three major bones of the foot. This and other tested operations were given the name "the Hoke operations" by his peers.

As Hoke's reputation grew, many orthopedists traveled to Atlanta to observe his work on limbs incapacitated by disease or from birth. He was credited with an improved treatment for curvature of the spine, well-leg traction for fracture of the thigh, and numerous procedures for deformity.

In 1932, the year he was awarded an honorary LL.B. by The University of North Carolina, Hoke was persuaded by Franklin D. Roosevelt to become surgeon-in-chief at the Warm Springs Foundation. Moving to Warm Springs, Hoke and his wife occupied the Little White House except when the president was visiting. By 1935 he considered his work there finished and returned to private practice in Atlanta. The same year ill health forced him to retire, although he maintained his interest in the Alfred E. Dupont Hospital for Crippled Children, in Wilmington, Del., where he had received an appointment years before.

Upon retirement, Hoke and his wife moved to a restored antebellum home in Beaufort, S.C., where he remained until his death. He was buried in the Hoke family plot in Raleigh.

Hoke family records (in possession of the family).

Regarding entry on Michael

Regarding entry on Michael Hoke: Names of daughters are misspelled in Para. 3. Should be "Charles B. McGehee" and "Mrs. Edward P. Jastram."

Thank you for visiting NCpedia and taking time to contribute this information.

Would you be able to share any sources with us for this information?  That will help us be able to update this entry with any corrections.

For authority regarding the

For authority regarding the spelling of the names of Dr. Hoke's two daughters, Laura McGehee and Lydia Jastram, please see the book, Lee's Modest Warrior, by Daniel Barefoot, the biography of Michael Hoke's father, Robert Hoke.

Thank you for visiting NCpedia and taking time to share these corrections.  The updates have been made to the article!