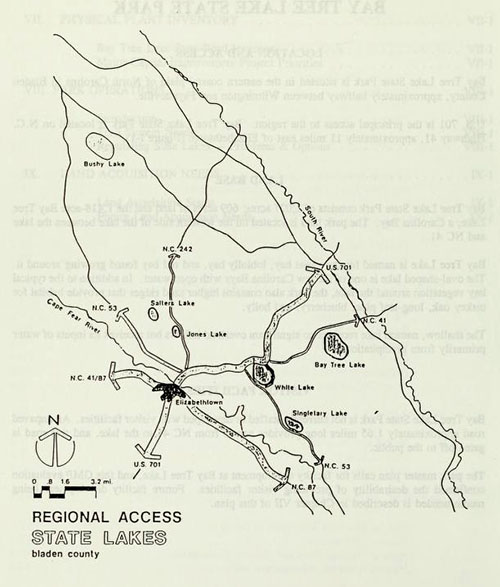 Bay Tree Lake is one of Bladen County's ecologically unique lakes, called Carolina Bays. The lakes are shallow eliptical depressions that some geologists believe were created by meteor showers.

In the 1960s, developers obtained approval from the state to develop portions of the lake’s shoreline and drained it in 1966 to remove tannins, but breach of the refilled lake resulted in a return to its original condition which remains today.

The park land was acquired in two parcels between 1979 and 1981 with funding from federal Land and Water Conservation Fund Grant.

The lake’s original name, Black Lake, was changed to Bay Tree when the park was established in 1979 to reflect the sweet bay, loblolly bay, and red bay growing around the lake.

Although the park's original master plan called for facilities, the park has remained undeveloped since 1979.