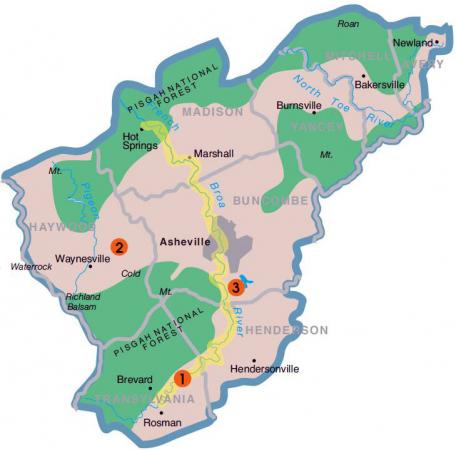 In 1973, the General Assembly established the North Carolina Trails System Act.  The legislation was adopted to promote development of additional recreational activities for the state's increasing population by encouraging the development of a statewide trail system. It envisioned a range of trails offering scenic, historic, ecological, geological, and cultural value, and established through a patchwork of connections across state, federal, county and local, and private land. Recreational trails might be experienced on foot, horseback, bicycle, motorized vehicles, or by boat. Trail corridors would afford visitors opportunities to travel between areas off the beaten path and into parks and greenways in developed and urban areas.

In 1987 the French Broad River State Trail became the first trail system segment established by the General Assembly. The trail is a blueway -- or a water trail -- that traces more than 60 miles of the river. Most of the land along the river is privately held. Currently there are a number of public access points in municipalities along the river. Several campsites can be access along national forest land. In recent years, conservancy organizations have been working with local governments to establish greenway trail loops along the river's banks in Henderson and Buncombe Counties.

The headwaters of the French Broad converge between Brevard and Rosman in the southwestern corner of the state and travel north where they pass through Hot Springs just before crossing the border into Tennessee.  The river travels through four North Carolina counties -- Transylvania, Henderson, Buncombe, and Madison.