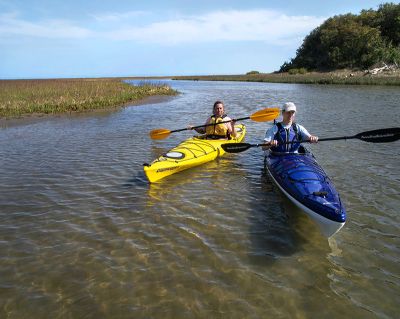 In response, the state held an overwhelmingly successful $35 million bond referendum for state park funding in 1993, and the General Assembly created the North Carolina Parks and Recreation Trust Fund in 1994.  In 1995, Governor Jim Hunt commented that the creation of a dedicated funding source for the Parks and Recreation Trust Fund was “one of my finest days as governor  … this trust fund will be a legacy for years to come.”

Jonathan Howes, then Secretary of the Department of Environment and Natural Resources and later the Chairman of the Parks and Recreation Trust Fund Authority, praised the team effort that played a major role in passage of the legislation.  More than 200 organizations supported and lobbied for the dedication of the deed transfer tax to fund PARTF.

The permanent source of funding created an unparalleled opportunity to make a difference by acquiring park land and building recreational facilities in communities and the state park system across North Carolina.  At the same time, the opportunity created high expectations and a challenge to realize the fund’s potential while continuing to foster the widespread public support that made PARTF possible.


The PARTF grant program is a partnership between state and local governments.  Cities, counties, and public authorities have made PARTF a very popular program by submitting 955 applications requesting more than $174 million since 1996.


In turn, by late-2008, the Parks and Recreation Authority had awarded 585 grants worth $125.6 million to North Carolina counties and municipalities.  With local matching funds of over $213 million, the total value of these PARTF projects is nearly $339 million.


Since its inception, the trust fund has provided much-needed financial support for improvements in the state's park system, grants for local governments and increasing public access to the state's beaches.  Since its creation, the trust fund has provided $171.3 million to protect more than 38,132 acres of land and water within the state parks system and $159.4 for capital improvements.


More Hands on the Plow

The 1990s also saw the addition of maintenance mechanics and office assistants for each of the parks.  For many years, parks operated without support in either of these key areas. The Division also began publishing Environmental Education Learning Experiences (EELEs) for each park.  The EELEs focus on the primary interpretive themes of each park and offer pre-visit, on-site and post-visit activities designed for different aged groups. The EELEs are accompanied by teacher’s guides.


In accordance with the State Parks Act, the Division set about creating park advisory committees and general management plans for every state park.


In the early 1990s, the state parks division made a major commitment to a “Web presence” on the newly developing Internet and World Wide Web.  The state park system was one of the first agencies in North Carolina to engage in this effort, and shared at the annual ASSPD [Associaition of Southeastern State Park Directors] conference in 1995 the opportunity and partnership that UNC has provided the division in this endeavor.


Two North Carolina rivers received significant designations during this decade.  The Lumber River became part of the national Wild and Scenic River System in 1998.  In that same year, the New River was designated as the first national Natural Heritage River, one of only 14 in the nation. The designation earned the park a visit from President Bill Clinton and Vice President Al Gore.

Keep reading > Part 9: Planning for the Future and Growing Parks and Conservation in a Rapidly Growing State, 2000-2011