Thomas Pollock (1654-1722), one of North Carolina’s wealthiest and largest landowners during the proprietary period, served as chief executive following the deaths of Governors Edward Hyde and Charles Eden. His initial tenure was marked by the conflict with the Tuscarora Indians while his second term was foreshortened because he died after five months in office. Over his lifetime Pollock was a merchant, lawyer, planter, soldier, church leader, and politician. His influence in North Carolina extended beyond the office of governor. Pollock was born on March 5, 1654 in Glasgow, Scotland, to Thomas Pollock. He first came to Maryland and eventually settled in North Carolina in June 1683 to serve as a proprietary deputy. In June 1690, he married the widowed Martha Cullen West; they had eight children. Later, Pollock married the widow Esther Wilkinson (d. prior to July 1716); his second marriage produced no children.

In North Carolina, Pollock established himself as an attorney and large planter, owning land along the Chowan, Roanoke, Neuse, and Trent Rivers. Pollock named a plantation located along Salmon Creek (in modern-day Bertie County) “Balgra” after his Scottish ancestral home. At the time of his death, Pollock bequeathed over 50,000 acres to his sons. He owned black slaves (his will listed around seventy slaves) and evidently indentured servants to work his lands and also owned Indian slaves. On his lands, Pollock had horses, hogs, and cattle and exported them in exchange for tar and pitch.

Pollock was an astute merchant who involved himself in business ventures that included shipping and moneylending. Christopher Von Graffenried, the founder of New Bern, referred to Pollock as “one of the wealthiest men in North Carolina” and as the “strictest creditor.” Pollock co-owned sailing vessels that brought molasses, sugar, and rum from Barbados into North Carolina. 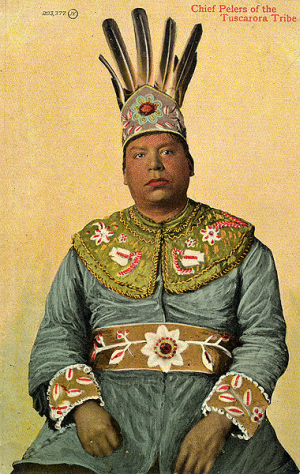 Pollock held a variety of public offices in his long career in government. In 1689 he was a member of the assembly and, in 1694, the executive council made Pollock the coroner and customs collector. Pollock served on the executive council almost continuously from 1693 until his death in 1722 and worked as a justice on several courts. A devout Anglican, Pollock, who disliked Quakers and supported both Governors William Glover and Edward Hyde in their disputes against dissenters (non-Anglican Christians) for control of North Carolina’s government. Pollock’s home along the Chowan River was the site of the attempted coup by forces led by Thomas Cary, but it was repulsed by Hyde’s forces.

On the heels of Cary’s Rebellion, North Carolina in September 1710 was plunged into war against the Tuscarora Indians and their Indian allies. Initially, the Tuscarora attack overwhelmed the white colonists. As major general of the militia, Pollock organized a force of 150 men. A year into the Tuscarora War, Governor Hyde died on September 8, 1711, due to yellow fever. Four days later, the executive council chose Pollock to serve as governor. In May 1714, Charles Eden presented his commission as governor and Pollock returned to the executive council. Eden remained as governor until his death on March 26, 1722. Again, the executive council turned to Pollock to serve as governor, unanimously electing him on March 30, 1722. Pollock’s second tenure was peaceful compared to his first. Pollock died on August 30, 1722 and was buried next to his first wife at his plantation; their remains were later moved to St. Paul’s Episcopal Church in Edenton.

WorldCat Search on the "Tuscarora War."