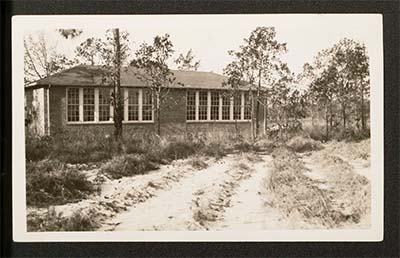 Have you ever heard of Jim Crow laws? In the 19th and 20th centuries, Jim Crow laws created mandatory separation of races. And they affected all aspects of everyday life for black Americans. Jim Crows laws and discrimination created inferior spaces and services for black Americans. And they created roadblocks to freedom and opportunity. Discrimination affected so many areas of daily life. This included choice in housing, jobs, schools, hospitals and restaurants.

African American children felt some of the worst of segregation in education. This was especially true in the South. In the South black communities and schools received far less money and help. Around 1915 help for black education came from a wealthy businessman from Chicago. His name was Julius Rosenwald, and he was a philanthropist. A philanthropist is someone who gives a lot of money to causes that help people and the planet.

Rosenwald was the head of Sears, Roebuck & Company. He had a lot of money and he cared about helping people who faced hardships. So he used his money to create a fund called the Rosenwald Fund. His fund helped build hundreds of schools in the South for African American children. The schools became known as “Rosenwald Schools.”

Julius Rosenwald, Booker T. Washington and the Tuskegee Institute became partners in the effort to build schools. African American communities also had to raise some of the funds and help build the schools. In all, the Rosenwald Fund helped build more than 5,300 school buildings in 15 states. North Carolina had the greatest number, about 800. Today some of the buildings still exist.

Did you know that Maya Angelou attended a Rosenwald School? She was a poet and civil rights activist. And she taught at Wake Forest University. And you may have heard of civil rights activist and U.S. Congressman John Lewis. He attended a Rosenwald School too. Mr. Lewis helped organize the 1963 March on Washington and he was one of the original Freedom Riders.

What cause – for people, wildlife, or the planet – would you give your time or money to help?

Hoffschwelle, Mary S. 2014. The Rosenwald schools of the American South.

Knight, C. Rudolph, and Lawrence W. S. Auld. 2012. The education of a generation: the Rosenwald Schools and other African-American schools in Edgecombe County : a preliminary history. Tarboro, N.C.: Perry-Weston Institute.