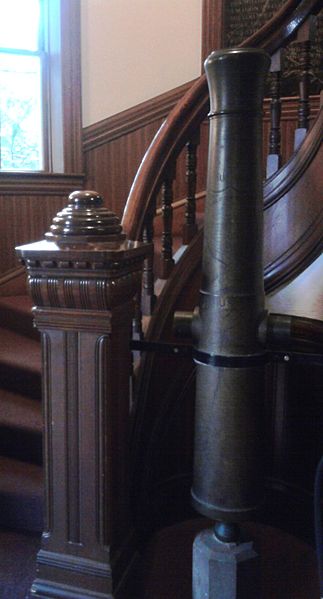 The Amherst Cannon is a Confederate cannon seized by the 21st Regiment Massachusettes Volunteer Infantry during the Battle of New Bern on March 14, 1862.

At the outbreak of the Civil War, the cannon was issued to Company C, 10th N.C. State Troops (the Charlotte Artillery), which was sent to defend New Bern. A week after the battle, Union General Ambrose Burnside ordered that the captured cannon be presented to the 21st Regiment, who in turn voted to give it to Amherst College in Massachusetts as a memorial to college president William A. Stearns' son, 1st Lt. Frazar Stearns, who had been killed while leading the charge at New Bern.

“Every layer of history about the cannon is compelling,” said Lt. Grover Godwin, Charlotte Artillery, Reactivated. “The artifact draws interest from both Southern and Northern perspectives,” he added, noting that individuals such as Gen. Burnside, Col. Zebulon Vance, and poet Emily Dickinson are associated with its history.

The cannon tube features an elaborate inscription that describes its capture at New Bern and lists 20 men of the 21st Regiment who were killed in the battle.

Emily Dickinson's father, Edward, presided over the dedication ceremony when the cannon was presented to Amherst College in memory of 1st Lt. Stearns. The poet's brother, Austin, was a close friend of Stearns.

“A factor that helped dramatically in locating the cannon is that the original dedication of the gun to Amherst College was highly publicized and thus left a good historical trail,” remarked Ted Stables, Charlotte Artillery, Reactivated.

Articles about the dedication ceremony appeared in New York and Boston newspapers, and the event drew so many people that extra trains were needed from Boston to Amherst.

The six-pounder bronze cannon tube is on exhibit at the North Carolina Museum of History in Raleigh until June 2015. 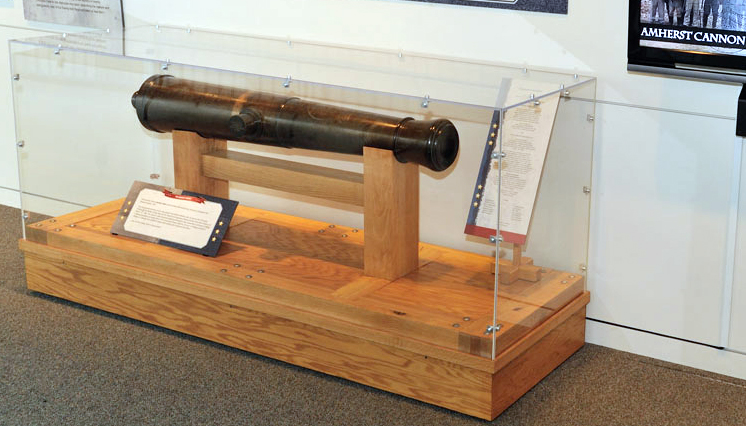