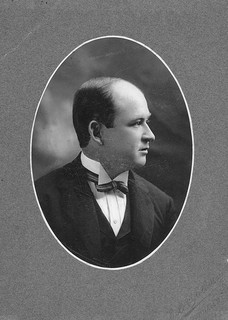 The Bassett Affair significantly enhanced the ideal of academic freedom in North Carolina and the nation. The controversy involved Tarboro native John Spencer Bassett, who taught history at Trinity College (precursor to Duke University) for ten years and was the founding editor of the South Atlantic Quarterly. This journal encouraged faculty dialogue and scholarship by promoting the literary, social, and historical development of the South.

By 1903 the white supremacy campaign had proven successful in North Carolina politics. Democrats used this campaign to disfranchise blacks, thus enabling party members to monopolize political power. In this climate of promoting the separation of the races, Bassett wrote an article in his journal titled "Stirring up the Fires of Race Antipathy," reacting to a racial incident that had occurred in Hamlet. This incident began when a group of African American travelers-including prominent black leader Booker T. Washington-stopped for a prearranged breakfast at a hotel there. At the hotel, the blacks were given the main dining room, and the whites used a small improvised dining room. This arrangement offended Augustus O. Bacon, a U.S. senator from Georgia who refused to eat breakfast under the circumstances. In his article, Bassett exalted Washington-who had been involved in a similar incident in Washington, D.C., when he attended a dinner with President Theodore Roosevelt-calling him "the greatest man, save General Lee, born in the South in a 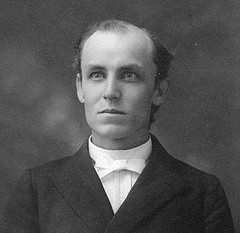 hundred years." The statement provoked a very heated response from Josephus Daniels, editor of the Raleigh News and Observer. In an editorial, Daniels called for the trustees at Trinity to fire Bassett and urged parents not to send their children to the college until it removed Bassett from the faculty. Daniels's campaign to oust Bassett spread to other newspapers, and it began to affect the friends and trustees of Trinity.

Bassett received support from Trinity's faculty, alumni, and students as well as its president, John Carlisle Kilgo, a militant and inspired Methodist minister who promoted high standards and scholarship. Kilgo supported Bassett on the grounds of academic freedom. During the controversy, Bassett submitted a letter of resignation to Trinity's trustees. The trustees met on 1 December, finally voting 17-7 to keep Bassett at Trinity and reject his offer to resign. Most of the trustees believed that it was better for Trinity College to suffer temporary political pressure than to enter upon a policy of coercion and intolerance. Thus, the Bassett affair represented a major precedent concerning academic freedom in the United States.