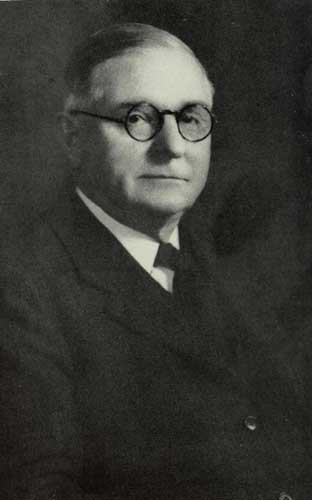 Felix Eugene Alley, attorney, superior court judge, and author, was born in Whiteside Cove, Jackson County, youngest son of John E. Alley and Sarah Whiteside Norton Alley. Both were pioneer settlers of the area. Young Alley was graduated from Cullowhee High School in 1896 and studied law at The University of North Carolina, 1897–98. In 1898 he was elected clerk of superior court in his native county; he continued to study law privately. Admitted to the bar in 1903, he established a practice in Webster and represented Jackson County in the General Assembly of 1905. He was solicitor of the Twentieth Judicial District, 1910–14; afterward, he removed to Waynesville as an attorney and remained there the rest of his life. At various times he served as county attorney for Haywood, Jackson, and Swain counties and for the town of Waynesville. In 1933 he was appointed judge of the superior court, a post he held until his retirement in 1948. He was awarded the honorary LL.D. degree by Western Carolina College in 1952.

As a young man, Alley was a noted banjo player; he wrote the ballad "Kidder Cole" at the age of sixteen. He was the author of two books, Random Thoughts and Musings of a Mountaineer (1941) and What Think Ye of Christ ? (1946).

I am reading his book, “What

I am reading his book, “What think ye of Christ,” a brilliant and well-evidenced book that presents a case for belief in Christ, the man and the God. The book though small weighs as much as a law book — only a judge would be so clever. I love this book.

What? Judge Alley #1 is my great grandfather..What is this about his great grandson killing your mom?

My father Pascal Hayes Leatherwood was a 1st cousin
of Felix E. Alley. Hayes lived in Murphy and when Judge
Alley would come to Murphy to hold court, my father would
go to the trials and visit with him at night. He would also
go to the Hayes reunions which were held at the home-
place in Tomatla, NC. I remember Dad talking about
what a remarkable and interesting person he was.

Judge Felix Alley is my Great

Hey Gina, I’ve been trying to

Hey Gina, I’ve been trying to track you down regarding your mom and the Linner connection. Thanks!!

I just saw this...My email is

I just saw this..I will try to help..I am also on facebook..

I would love For you to

I would love For you to contact us both. He was my grandfather as well . Miss the Linner family. Thank you Julie Bug Dunn