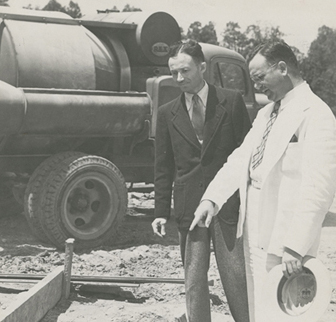 The Mussolini government imposed increasing restrictions on Italian Jews, and in 1939 Artom migrated to Wake Forest as professor of biochemistry and chairman of the department in the School of Medical Sciences at Wake Forest College, bringing with him a reputation as "the outstanding biochemist that Italy has produced in the present generation." In 1941, Artom became head of the department of biochemistry at the Bowman Gray School of Medicine at Winston-Salem. In this position he continued until 1961; in 1963 he became professor emeritus, and he continued his research there until his death in 1970.

Artom's more than two hundred papers, mostly dealing with body fats, were published in the most prestigious of scientific journals, including Nature and the Annual Review of Biochemistry. One paper, published in 1939, was the first publication on the use of a radioisotope in the study of intermediary metabolism. His special field was lipid metabolism, dealing with the absorption of fat in food through its metabolism in the liver to its appearance in arterial

walls. Especially important was his investigation of the synthesis of phospho-lipids in the liver and his interest in the formation of lecithin in the liver. Artom's studies have had an important bearing on modern understanding of arteriosclerosis; he also did significant work on the incorporation of amino acids into fat-soluble compounds.

Artom was regarded as a fine teacher, and in 1963 the senior class of Bowman Gray dedicated to him their yearbook, The Gray Matter. In 1968 he was awarded the first Medallion of Merit of Wake Forest University. He died in Winston-Salem and was buried in Asti, Italy.

In 1929 he married Bianca Ara of Venice, Italy. They had one son, George Victor. Artom was naturalized as a U.S. citizen in 1946.

Dr. L. Emmett Holt to Dr. Coy C. Carpenter, letter (19 Oct. 1938, original in the possession of Dr. Carpenter but quoted in Carlyle to Lasker, above).