Lemuel Nelson Bell, doctor and Presbyterian layman, the youngest child of James H. and Ruth McCue Bell, both of Scotch-Irish descent, was born in the house of the superintendent of the Longdale Mining Company above Clifton Forge, Va. His father, then director of the mine's commissary, shortly thereafter moved with his family to the town of Waynesboro, Va., where Nelson attended public schools and was graduated in 1911.

For one year, 1911–12, he studied at Washington and Lee University in Lexington, first in the prelaw program and then, after deciding to be a foreign missionary, in the premedical program. From 1912 until he became a doctor of medicine in 1916, he studied at the Medical College of Virginia in Richmond (in 1913, as a member of the school's Medical Corps, he marched in the first inaugural parade of his distant cousin Woodrow Wilson). In 1915, after a successful minor league baseball summer career, he rejected an offer to become a professional pitcher for the Baltimore team of the Federal Baseball League in order to continue his studies.

Upon graduation, Bell served a brief internship at the Summerlee Coal Mines of the New River Company in West Virginia, and late in 1916 he and his bride of six months arrived in Tsingkiangpu, China, where at the age of twenty-two he became a surgeon at the largest Presbyterian hospital in China. He remained there, except for furloughs and one forced evacuation during disturbances in 1927–28, until the threat of war between the United States and the occupying Japanese forced him to bring his family home in 1941. During one furlough, in 1922, he studied on a Rockefeller Foundation Grant at the Mayo Clinic, the New York Post Graduate Hospital, and Massachusetts General Hospital. 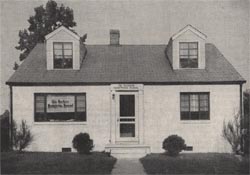 In 1941, Bell settled in Montreat; from then until 1956 he practiced medicine in nearby Swannanoa and was surgeon on the staffs of all the hospitals in Asheville. He was a member of the American Medical Association and the North Carolina Medical Society and was a fellow of the American College of Surgeons.

In 1942, in response to what he considered the alarming growth of liberal theology in his church, Bell, though himself without formal theological training and without formal journalistic credentials, founded the Southern Presbyterian Journal to promote a return to evangelical, Bible-centered, Reform theology. From a monthly in 1942, the journal grew to be a semimonthly in 1945 and a weekly in 1950. In 1959, when its second editor was selected, its name was changed to the Presbyterian Journal. Bell, never the journal's editor but from the beginning its publisher, feature writer, and guiding light, left it in 1971 when its board officially supported a move to form a new, more conservative church, one that would withdraw from his church, the Presbyterian Church in the United States (Southern).

In 1948, Bell was elected to his church's Board of World Missions on which he served for seventeen years. In 1950 he led the opposition to the proposed merger of his church with the United Presbyterian Church in the United States (Northern). The Northern church, he argued, was no longer true to the Bible, and to join with it would be to sell out to liberalism. He made speeches and wrote articles branding the merger a potential tragedy for the Southern church, which was one-third the size of the Northern church and could not hold its own in theological debate. His cause prevailed, and the proposal was dropped.

In 1956, after his second severe heart attack in five years, Bell retired from active medical practice. The same year, with the aid of his son-in-law, the Reverend Billy Graham, and the president of the Sun Oil Company, J. Howard Pew, he founded another journal, Christianity Today, to offset on the interdenominational Protestant level the theological liberalism he had fought within his own church in the Southern Presbyterian Journal. He served as the new journal's unnamed publisher and as its first executive, and in later years he also wrote its most popular feature article, "The Layman and His Faith." Christianity Today proved a solid financial success. It surpassed in subscriptions after only six years the long-time voice of liberal Protestant thought, the influential Christian Century, the very journal Bell and Graham had hoped Christianity Today would counteract.

Despite a third and then a fourth heart attack during the 1960s, Bell continued to play an active part in his church's life, and in 1972 he was elected moderator of the 112th annual General Assembly of the Presbyterian Church in the United States. Though chosen as a man with conservative ties who yet favored denominational unity, it was under his administration that the dissident members of the church finally broke away to found the new National Presbyterian Church. Successful in preventing union with the Northern church, he was unable to avoid the split in the Southern church, a split he opposed but one that, ironically, grew in part from his own earlier opposition to liberal thought.

Bell died shortly after the end of his term as moderator and was buried in the cemetery of the Swannanoa Presbyterian Church in Swannanoa.

In addition to his medical practice, his journalistic endeavors, and his church work, which included twice moderating the Asheville Presbytery and sitting as trustee for two of the denomination's colleges, Bell was a member of the board of directors of the Billy Graham Evangelistic Association, the Blue Ridge Broadcasting Corporation, the Christian Broadcasting Association of Honolulu, and the Mountain Retreat Development Corporation of Montreat. As a conservative who opposed liberal theology, social and racial legislation, and philosophical "humanism," though himself a man most liberal with his time and energy in service to all men, Bell was given seven awards by the Freedom Foundation of Valley Forge, Pa., including in 1957 the prize for best editorial of the year, "What of Tomorrow?" which first appeared in the Southern Presbyterian Journal.

"The Southern Presbyterian Journal Building, Weaverville, NC, as it appeared in 1952." Courtesy of the PCA Historical Center. Available from http://www.pcahistory.org/HCLibrary/periodicals/presbyterianjournal.html (accessed April 10, 2013).