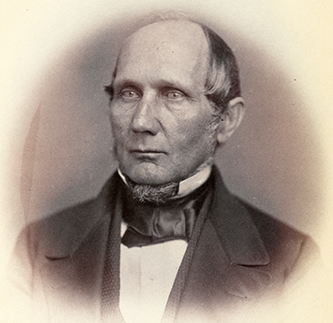 Asa Biggs, jurist and senator, was born in Williamston, Martin County, the son of Joseph Biggs, a merchant and Primitive Baptist preacher, and his third wife, Chloe Daniel. His grandfather, Joseph Biggs, had come from Virginia as the first of the family to settle in Martin County. Educated at Williamston Academy, a school established in 1820 in large part through the efforts of his father, Asa Biggs entered mercantile work as a clerk at the age of fifteen. Two years later he was engaged by Henry Williams to manage a mercantile firm in Williamston. After reading law, he was admitted to the bar in 1831 and opened a law office in Williamston.

Though not a candidate, Biggs was elected to the House of Commons in 1840. Reelected in 1842, he left the Whig party, which his ancestors had supported and became a leader of the Democratic faction in the assembly. He was elected to the state senate in 1844 and was nominated without his knowledge in 1845 to run for David Outlaw's seat in the House of Representatives. Although he won that election, he was defeated by Outlaw in 1847, in the only election he lost in his political career. In 1848 he was a presidential elector on the Cass-Butler ticket, and in 1854 he returned to the state senate to represent the district comprised of Martin and Washington counties. In the same year he was elected to the U.S. Senate by the legislature. Never happy in the Senate, he accepted an appointment offered by President Buchanan in 1858 as federal district judge. An ardent supporter of slavery and states' rights, he approved of secession and resigned his federal position in 1861 to take a seat in the Secession Convention. He served as a Confederate district judge from June 1861 until the end of the Civil War.

Biggs stressed economy and efficiency in government and opposed any measure that he thought interfered with individual liberty. Disagreeing with the Whig party's support for internal improvements, he joined the Democratic party and aligned himself with the faction opposing federal expenditures that could lead to governmental control over personal affairs. When a young man he had supported Andrew Jackson, but as a delegate to the state constitutional convention of 1835, he voted with the planter interests he represented in the eastern part of the state. Appointed to the Finance Committee and the Committee on Territories in the U.S. Senate, he was in a position to work for issues, such as economy in government and the right to own slaves, that he considered essential in protecting the individual from governmental interference. Feeling somewhat inadequately trained for political life in Washington, however, he was more comfortable in antebellum political and judicial circles in his state. 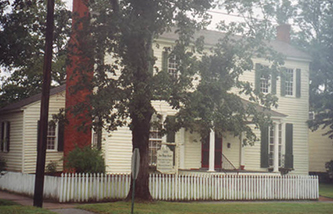 As a prominent lawyer in the eastern part of the state, Biggs was selected to represent the trustees of The University of North Carolina from 1839 to 1851 in cases involving the university's share in estates of citizens dying intestate. His increasing reputation as a lawyer, together with his reputation as a politician whose principles usually took precedence over political expediency, led to his appointment by Governor John W. Ellis to join Bartholomew F. Moore in codifying the laws of his state. The Moore and Biggs Code, adopted in 1854, formed the basic legal document of the state until Reconstruction. He was again called upon in 1858 to exercise his legal and organizational ability, when he was appointed a federal judge. Succeeding Henry Potter, who had been appointed by Jefferson in 1801, he found that the district court over which he was to preside had languished during the last years of Potter's tenure and that extensive reorganization was necessary if the court were to operate efficiently.

Though a politician himself, Biggs felt strongly that the courts should remain free from both political control and involvement in politics. In 1869, therefore, he joined a number of lawyers in the state in formally protesting what they considered improper interference in political matters by the judges of the state supreme court. The court responded during its June term by requiring these lawyers to show cause why they should not be held in contempt for publicly expressing their criticisms. The judges further stipulated that no lawyer who had signed the protest could practice in the court until he had apologized for his statements. Refusing to recant and responding to financial difficulties brought on by the war, Biggs moved to Norfolk, Va., where he, with his brother Kader, organized a mercantile house. He also entered into a law practice with W. N. H. Smith, who later became chief justice of the Supreme Court of North Carolina.

Biggs was married on 26 June 1832 to Martha Elizabeth Andrews, who bore him ten children, six of whom survived him. One of his three sons, Henry, was killed at Appomattox on 8 Apr. 1865. Another, William, also served in the Confederate Army and later became editor of the Oxford (N.C.) Free Lance. Biggs's other children included Asa Thomas, Lucy E., Patricia, and Cottie. Never wealthy, he often despaired of being able to provide for his large family. He moved to Dalkeith in 1863 to settle on land he had acquired there; after the war he practiced law in Tarboro until he moved to Norfolk. A devoutly religious man, he experienced a religious conversion and described it in an autobiography written for his children in 1865 (published in 1915 by the North Carolina Historical Commission). He died in Norfolk and was buried in Elmwood Cemetery there. A portrait was presented to the federal court in Raleigh.

Memorial Proceedings and Tributes of Respect to the Memory of the Late Asa Biggs (1878).