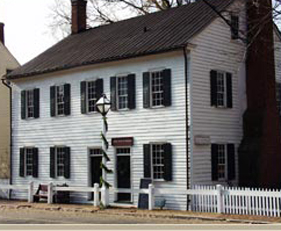 ohn Christian Blum, printer and editor, was born in the Moravian community of Bethabara to Jacob Blum and Maria Elisabeth Koch, originally of Pennsylvania. In 1787 the family moved to Salem, where Blum's father became the tavern-keeper for the Salem Moravian Congregation. Young Blum worked in the community store for Conrad Kreuser until Jacob Blum died in 1802, at which time he was appointed temporary landlord at the tavern. When a permanent tavern-keeper was found, Blum worked as a blue-dyer in the summer and a chair-maker or wheelwright for the Single Brothers Diacony. During his early adult years he also served as a member of the community council, as justice of the peace, and for a time as roadmaster. After his marriage in 1810 he resumed the position of tavern-keeper until, in 1815, his wife's poor health forced him to relinquish this post. At this time, Blum became the local agent for the Cape Fear Bank, a position he held until 1827. 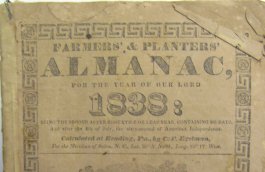 Blum's most important career began in 1827 when he opened Salem's first print shop in his house on Main Street. His first intention was to print a weekly newspaper for the town, but his action was vetoed by the church. The Elders Conference and the Aufseher Collegium felt that a newspaper "might have various unpleasant results for local individuals, for the congregation town, and for the Unity itself." Blum was thus confined to job printing, including publication of Blum's Farmer's and Planter's Almanac, still published today in Winston-Salem. Early in 1829, Blum did expand his production to include a newspaper entitled the Weekly Gleaner, which aroused much public controversy. Blum promised, however, that his publication would not offend; he would print nothing of a personal nature, of party politics, or of religious controversy. "It will be our endeavor to pursue a course free from all bitter controversies, as they but excite the evil passion of our nature, without improving or benefiting 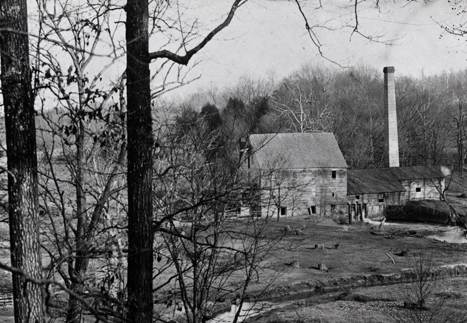 society." But insufficient patronage and other difficulties caused him to discontinue the Gleaner after only one year. In the early 1830s, Blum started a new paper, The Farmer's Reporter and Rural Repository, which got him into trouble with the Aufseher Collegium, when he suggested in the paper that the town build a theater. He was forced to retract this statement in the next issue. Throughout his publishing career, Blum was in and out of trouble with the church over his editorial comments.

Issues of the Gleaner and later publications bore the imprint "printed by H. S. Noble, Salem, Stokes County North Carolina . . . John C. Blum, Proprietor." Noble was evidently working for Blum and continued to do so in a journeyman capacity for some time. Later, Blum's two sons, Levi and Edward, became printers with their father. By 1831, Blum had added the business of bookbinding, and in 1836 he also purchased a local paper mill. The paper mill, built in 1791, had belonged to Gottlieb Schober, who had sold an assortment of writing, printing, and wrapping papers, books printed in German and English on many subjects, and a large line of stationery items.

Though a layman, Blum was an active member of the Aufseher Collegium and also served as Fremdendiener (Curator of Strangers) for the community. Blum married Maria Elisabeth Transou in 1810. They had four children: Levi Vanniman, Maria Lavinia, Lucinda Paulina, and Edward Transou. There is a photograph of a nineteenth-century daguerreotype of Blum in the collection of Old Salem, Inc. His one-and-a-half story frame dwelling, built in 1815, still stands in Salem.

Blum was buried in God's Acre in Salem.