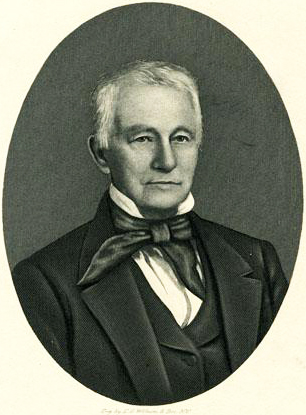 William Boylan, journalist, planter, and advocate of internal improvements, was born in Somerset County, N.J., the fourth son of fifteen children of John and Elizabeth Hodge Boylan. He moved to Fayetteville in 1796 to join his uncle, Abraham Hodge, who published the North-Carolina Minerva, and Fayetteville Advertiser. In 1799, Boylan moved to Raleigh, where he received the printing patronage of the Federalist party until political changes brought to power the Republican party and Joseph Gales's rival paper, the Raleigh Register. In the heat of political passions, Boylan engaged Gales in a street brawl for which he was fined a hundred pounds, but in later years the two men served amicably on many state-wide committees. From 1803 to 1820, Boylan's newspaper was known as the Minerva, although Boylan himself sold his interest in 1810 to devote his attention to other matters.

Boylan served one term as councilor of state (1806) and four terms as a Federalist representative to the General Assembly from Wake County (1813–16). He detested Thomas Paine and attacked Jefferson for entertaining the author of Common Sense, together with "other vagabonds," in the White House. He was a close friend of William Polk and John Steele and supported the Hamiltonian-Whig economic philosophy. During the War of 1812 he violently opposed President Madison and attempted to create a Peace party within the state to prevent a Madison victory in 1812. As a member of the General Assembly he opposed the right of the assembly to censure Senator David Stone, an opponent of Madison's war efforts.

In 1815 he was appointed to a house committee for studying means of improving inland navigation, an idea initiated by Archibald D. Murphey. Together with Murphey, Gales, and two others, Boylan surveyed the Tar, Neuse, and Yadkin rivers, contemplated a canal to link the Yadkin with the Cape Fear, and in 1818 surveyed the Cape Fear. His interest in internal improvements led him to support the building of railroads as well as canals. He served as president of the Raleigh and Gaston Railroad, chartered in 1835 and completed in 1840; and he lent his influence and speaking ability in 1849–50 to urge the public to subscribe to stock in the projected North Carolina Railroad. He reminded his listeners that the state had produced only tar, pitch, and turpentine in years past; he hoped to see better economic conditions before he died, he added, and he urged the construction of railroads as a means to that end.

Boylan supported the State Bank of North Carolina (1810–35), succeeding William Polk as its president; he was president from 1820 to 1828 and also president pro tem of the Second Bank in 1840. Interested in agriculture, he acquired three plantations in Wake County; invested in properties near Chapel Hill, in Johnston County, and in Mississippi, and was perhaps the first cotton grower in Wake County. He served one term as treasurer of the North Carolina Agricultural Society (1818), and he was once requested to acquaint the New York editor of the Farmer's Library with southern agriculture. As did many wealthy planters of the region, he sought relaxation and escape from the summer heat by making annual pilgrimages to White Sulphur Springs, Va.

Boylan, as a public-spirited citizen, was a charter supporter of the Raleigh Academy in 1801. He was responsible for building the first county poorhouse in Wake, and in the "big snow of '57" sent loads of firewood from his estate to the Raleigh poor. When the state capitol was burned in 1831, he served on the commission to erect a new capitol.

Boylan married Elizabeth Stokes McCulloch (or McCullough) and made his home in the former residence of Joel Lane, which he purchased from Peter Brown. At one time he owned most of southwest Raleigh. One son, Alexander McCulloch, received the A.B. degree from The University of North Carolina in 1823; another, William Polk, did likewise in 1825; both became planters. A third son, William Montfort, gained a reputation as a gay blade; he built Montford Hall, which has been remodeled as a church in Boylan Heights, Raleigh. Following the death of his first wife, Boylan married Jane Elliott. He had a total of eleven children.

Upon his death in 1861, Boylan was interred in the Raleigh City Cemetery. His tombstone notes his patriotic, civic-minded contributions to his adopted state.