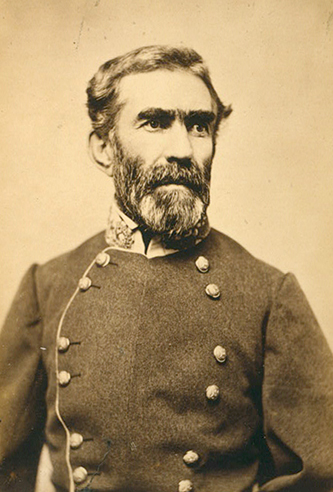 Braxton Bragg, a professional soldier who served with distinction in the U.S. Army during the Mexican War and with less success as commanding general of the Army of Tennessee, Confederate States of America, during the Civil War, was born at Warrenton, one of six sons of Thomas and Margaret Crossland Bragg. His elder brothers, John and Thomas, both became successful lawyers, and both had distinguished political careers. Less notable were Alexander, a successful architect; Dunbar, a Texas merchant; and the youngest, William, who was killed in the Civil War.

Bragg's father moved to Warrenton in 1800 to practice the trade of carpentry and was so engaged when he married Margaret Crossland in 1803. Ambitious and intelligent, the carpenter became a contractor, eventually acquiring a two-story brick home in Warrenton and about twenty slaves. The family was considered respectable, but an indication of the degree of its acceptance by the cream of Warrenton society is given in a letter from Congressman David Outlaw to his wife, dated 1 Aug. 1848: Outlaw expressed the hope that the people of Warrenton would properly honor Braxton upon his return from the Mexican War, adding that Colonel Bragg "must in his heart despise those who were formerly disposed to sneer at his family . . . as plebians."

Bragg followed his elder brothers to Warrenton Academy, and with the help of Senator Willie P. Mangum secured an appointment to the U.S. Military Academy at West Point, where he was graduated near the top of his class in 1837.

As a lieutenant of artillery, he was posted to Florida and participated in the Seminole War, but his health failed and he was sent home to recover. Upon his return to active duty, he acquired a reputation as an intelligent and hard-working but quarrelsome officer. Ironically, during this period he formed close and lifelong friendships with two other young officers, George H. Thomas and William T. Sherman, both of whom would later be instruments of his defeat on Civil War battlefields.

He placed his career in jeopardy in 1844–45 with a series of articles in the Southern Literary Messenger in which he attacked the entire army administration, reserving his harshest criticisms for its commander, General Winfield Scott. Though his pleas for reform may have been sound, they led to his arrest and court-martial on charges of insolence and disobedience. He was found guilty of disrespect for superior officers and received official reprimands and suspension of rank and command for a period of two months. His appeal failed to get the sentence reversed, and though he had powerful friends in both the government and the army, his career appeared blighted. Then, in June of 1845, he and his company were ordered to join General Zachary Taylor's army, for the protection of Texas against Mexico.

His service during the Mexican War was exemplary; he was twice breveted and then promoted to the rank of captain of artillery. At Buena Vista, he personally directed his battery in a series of actions that broke a Mexican attack and led to an important American victory. He was breveted lieutenant colonel and returned to the United States a national hero, the man who, according to popular legends, had stopped the Mexicans with "a little more grape."

In 1849, while assigned to duty in New Orleans, he met and married Louisiana heiress Eliza Brooks Ellis. The couple spent the next six years at various military posts, but neither Bragg nor his wife was satisfied with the necessity of living on the frontier. On 31 Dec. 1855, Bragg resigned his commission after a dispute about assignments with Secretary of War Jefferson Davis; in February 1856 he bought a sugar plantation near Thibodaux, La. Successful as a planter, Bragg also became commissioner of public works, designing and constructing drainage and levee systems.

As the secession crisis approached, Bragg became reluctantly involved in preparations for war. He had not favored secession but in 1861 told his friend Sherman that sectional bitterness had become so strong that it might be better if the South departed in peace.

Bragg became a major general in the Louisiana militia and was commissioned a brigadier general in the Confederate Army, commanding coastal defenses in the region from Pensacola, Fla., to Mobile, Ala. In January of 1862 he was promoted to major general, and one month later he asked for the transfer of his command to the north, where he felt it would be needed. His request was granted, and he moved to Corinth, Miss., joining the army of General Albert Sidney Johnston. From Corinth, the army moved to Shiloh, with Bragg in the dual role of commander of the Second Corps and chief of staff. He displayed both courage and energy at the Battle of Shiloh, was rewarded with a promotion to general, and on 27 June relieved General Pierre Beauregard as commander of the Army of Tennessee. 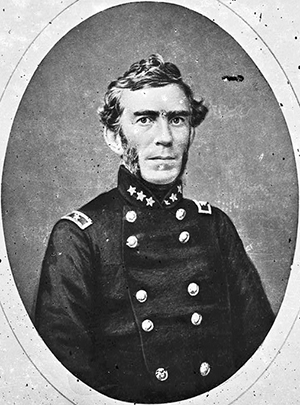 From this point his fortunes went downhill, and with them the fortunes of the Confederacy. An excellent subordinate in combat, Bragg simply lacked the qualities essential for success in a field command. Often opening opportunities through bold and sometimes resourceful action, he almost invariably lacked the persistence to exploit advantages. He was never able to win the loyalty and trust of his own subordinates, and at one point, after the Stone River debacle, they openly called for his resignation. Still, Davis stood by him until the disaster at Chattanooga compelled his replacement in December 1863.

His career, rich in irony, might have provided not one of the Confederacy's most signal failures but its most spectacular success, if only he had been placed in his proper role. Both friends and foes agreed that Bragg would have been invaluable to the southern armies if Davis had made him inspector general early in the conflict, making use of his superb talents for organization and discipline. Instead of an outstanding inspector general, Davis opted for an inferior field commander.

Following his removal from command, Bragg was summoned by Davis to Richmond, nominally as commander in chief but actually as military adviser to the Confederate president. Bragg accompanied Davis on the flight south in 1865, was captured 9 May, and received a parole.

His postwar career involved work as a civil engineer in Alabama and Texas. He was a resident of Galveston at the time of his sudden death.

How was Ft. Bragg, a US Army

How was Ft. Bragg, a US Army Base, named after Braxton Bragg, a former federal soldier, but mostly remembered for his service to the Confederacy? I find it hard to understand how this was accomplished, especially considering much of the negatives associated with Bragg. He was instrumental in the loss of Ft. Fisher and Wilmington. I'm at a loss to see how this naming was approved.