Bedford Brown, farmer, legislator, and U.S. senator, was born in what is now Locust Hill Township, Caswell County, the third of eight children of Jethro Brown and Lucy Williamson Brown. He attended The University of North Carolina for one year and then, when only twenty years old, was elected to the House of Commons; there he served from 1815 through 1818 and again in 1823. From 1824 to 1828 he operated his farm, Rose Hill, but upon the death of Bartlett Yancey in 1828, Brown was chosen in a special election to succeed him in the state senate, over which Yancey had presided for eleven terms. Following his reelection in 1829, Brown was chosen speaker of the senate. Then, shortly thereafter, he was elected by his colleagues to succeed John Branch as U.S. senator from North Carolina.

Brown's role in the Senate from 1829 until 1840 was characterized by President Martin Van Buren, who described him as "an old and constant friend of Genl. Jackson and my own, one on whom as much as any other man, we relied for support of our respective administrations in the Senate. . . ." On most issues of the day, Brown was a partisan Democrat: he opposed a high tariff, a national bank, and internal improvements at government expense; and he supported the Jackson and Van Buren administrations almost without exception. He could not bring himself to support the force bill, however, though he repudiated the doctrine of Nullification while arguing that the "high-toned doctrine of the Federal party produced it. . . . It is by an improper pressure of the Federal Government on the rights of the States, and by exercising doubtful powers, that the State of South Carolina has been thrown into this position." It was in this debate that Brown stated his opposition to sectional views:" . . . if I have any patriotism, it is not that narrow, contracted patriotism which is confined to geographical limits. I trust it is that 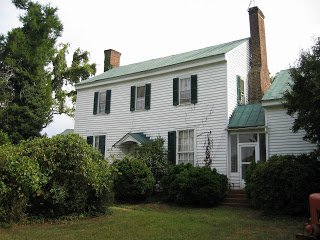 patriotism which looks abroad over the Union, and embraces every portion of my fellow-citizens." Brown's criticism of South Carolina's action and his opposition to the force bill represented a position that became characteristic of the states' rights Unionist. His dedication to the Union led him first to caution and then to berate southern senators like John C. Calhoun, who, Brown felt, were alienating moderate northerners by exaggerating the dangers of a small group of abolitionists. Brown argued that abolitionist petitions should be received and tabled, thus ignoring them, rather than debating them upon a motion to refuse to receive. In 1850 he wrote, "That the Abolitionists of the North have been greatly strengthened by the imprudent and violent course of a certain class of violent disunion politicians of the South by the most improvident course, for fifteen years past, I am positively certain. It has been the course of that class to which I refer, to abuse the whole North in their speeches and addresses for the acts of what at one time were the acts of a few. I remember for many years, while I was in the Senate, and when the Northern Democrats were warmly voting with us, that this was the language with Mr. Calhoun and his party for much of the time till they have left us with few friends in the North. . . . This can mean nothing but Disunion! Disunion! Slave question or no Slave question! " 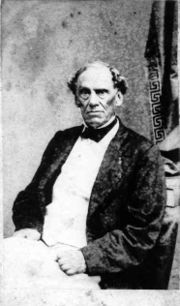 In an effort to show popular approbation of their support of the Democratic administration in Washington, Brown and his colleague Robert Strange resigned in 1840 and placed their political fate upon the general election. The Whigs, however, won control of the General Assembly; Brown was replaced in the U.S. Senate by Willie P. Mangum and Strange by William A. Graham. The latter's term expired in 1842, and, with the Democrats again in control of the General Assembly, Brown offered himself for the seat. The Calhoun wing of the Democratic party, however, was determined to prevent Brown's return to Washington. They therefore put into nomination the name of another resident of Caswell County, Romulus M. Saunders. With the two factions unable to agree, and neither candidate willing to yield to the other, both eventually withdrew and William H. Haywood was elected.

Hurt and disillusioned, Brown sold Rose Hill and moved his family to Howard County, Mo., where they lived until 1847. In the latter year they moved to Virginia, settling first in Albemarle County and later in Fauquier County, where they lived until 1855, except for the winters of 1849–50 in Baltimore and 1853–54 in Savannah. In 1855, Brown repurchased Rose Hill and moved back to Caswell County. Within a year he was again active in politics, serving as vice-president of the state's Democratic convention delegation in 1856 and again in 1860. He was elected to the state senate in 1858 and was reelected in 1860 and 1862. He also served in the wartime convention.

Though Brown remained a staunch Unionist until the beginning of the Civil War, he voted for secession on 20 May 1861. Following the war, he served in the convention of 1865 and advocated a speedy return to the Union. In the same year he was narrowly defeated for Congress. Two years later, Governor Jonathan Worth sent him to Washington as a commissioner to discuss readmission to the Union.

In 1868, Brown was again vice-president of the state's delegation to the Democratic National Convention, and in the fall he was elected again to the state senate. The Republican-controlled senate, however, refused to allow him to be seated. His place was taken by John Walter Stephens, who two years later was murdered by the Ku Klux Klan.

Hello. It turns out that the

Hello. It turns out that the top image identified as Brown is in fact his son. We'll be removing it from the Biographical Directory of the U.S. Congress. I've notified the Library of Congress Prints and Photographs Division as well.

I have removed the photo from the page as well.

Thank you so much for connecting!