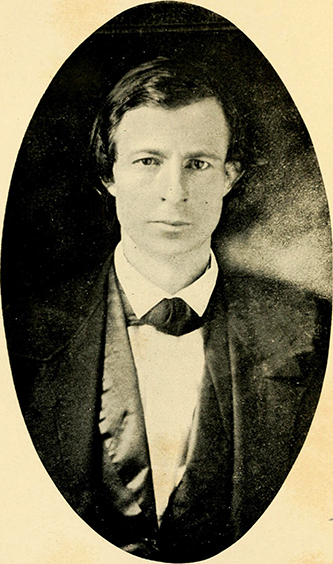 John Joseph Bruner, newspaper editor, was born on the Yadkin River near Salisbury in Rowan County. His father, Henry Bruner, a gunsmith by trade, died when John Joseph was two. His mother, a granddaughter of Colonel West Harris of the Continental Army, returned to her home in Montgomery County with her three children. When Bruner was eight years of age, he returned to Salisbury under the guardianship of his uncle, Charles Fisher, attended school for one year, and then, at age nine, became an apprentice at the printing office of the Western Carolinian. The Carolina Watchman was established in 1832 to support Andrew Jackson's anti-Nullification policies and Whigism in general; Bruner became an employee of the Watchman at age thirteen, a part owner at twenty-two, and the sole owner in 1850, at thirty-three. His association with the Watchman was not continuous, but as often as he sold it to seek other ventures, he just as often returned and repurchased it.

Bruner's business acumen enabled him to make a comfortable living as a newspaper publisher and job printer. With the coming of the Civil War he became an ardent Confederate and exhorted his readers to put forth a greater effort to win the war. Like other newspaper editors of his day, he did not consider derogatory news about Salisbury or the Confederacy worthy of printing. His goal was to advocate and support whatever he thought was in the best interest of the public, and service to the public may be said to have been his formula for success as a newspaper publisher, both before and after the Civil War. He was among the foremost progressive leaders in Western North Carolina during the mid-nineteenth century. Bruner's example of a self-made man spoke forcefully to the common man, who could understand and respect individual achievement. His forthright approach and appeal to the public's common sense accounted for his effectiveness. It was said that over fifty newspapers sprang up as competitors during his lifetime, but they never succeeded in harming the Watchman, whose circulation at one time seems to have extended to approximately fifty counties in North Carolina. In his later years, as the oldest editor of one of the oldest newspapers in North Carolina, he was often called "Father Bruner" by fellow editors. 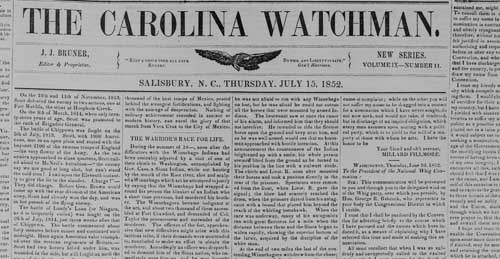 Bruner was an elder in the Presbyterian church; the "Protestant work ethic" may have motivated his continual efforts to better himself and the community.

In 1843, Bruner married Mary Ann Kincaid, granddaughter of Revolutionary War Colonel James Brandon. To this union thirteen children were born, five of whom grew to maturity. Perhaps the most famous of these was Thomas K., who for many years was the state secretary of agriculture and mining.

Hope Summerell Chamberlain, This Was Home (1938).