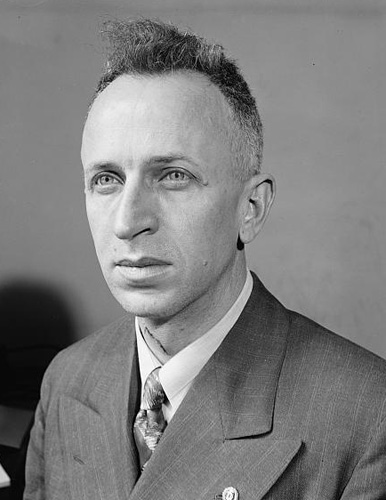 Joseph Raleigh Bryson, South Carolina state senator and U.S. congressman, was born in Brevard and moved with his parents, Robert L. and Mattie Allison Bryson, to Greenville, S.C., in 1900. He received his early education in the Greenville public schools. By working in local textile mills he made his way through Furman University, from which he was graduated in 1917 with a B.A. degree.

Bryson served in the South Carolina National Guard in 1915 and 1916; he reenlisted in the Medical Reserves Corps in 1917 and was discharged in 1918, as a second lieutenant. In 1920 he received his LL.B. degree from the University of South Carolina, was admitted to the bar, and began to practice in Greenville. He was later to receive an honorary LL.D. degree from Bob Jones University in 1948. On 5 Aug. 1920 he was married to Ruth Rucker.

Bryson was elected to the South Carolina House of Representatives in 1920 and served for four years. From 1929 to 1932 he served as a South Carolina state senator. After the death of U.S. Representative John J. McSwain in 1936, Bryson made an unsuccessful bid for the seat. In 1938 he entered the race again, this time against the incumbent, G. Heyward Mahon. In the first Democratic primary, the official count showed Bryson ahead by only eight votes. As a result, the state Democratic committee called for a second primary, which was held two weeks later. This time Bryson was nominated by a substantial margin. He served from 1939 until his death in 1953 as a member of the Seventy-sixth through Eighty-second Congresses from South Carolina's Fourth District. He was elected to four of these seven terms unopposed. 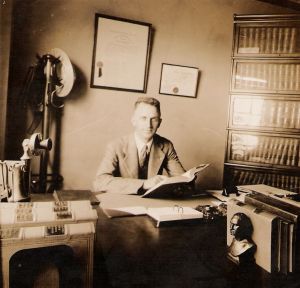 As a member of Congress, Bryson championed uniform freight rates and favored lowering the eligibility age for old age and survivors' insurance to sixty-two. He introduced a succession of prohibition bills between 1948 and 1953, carrying his fight for prohibition outside Congress by speaking at a number of Women's Christian Temperance Union conventions. He considered himself "internally, externally and eternally" dry. He opposed the 1949 Displaced Persons' Bill, which would allow more immigrants to enter the United States. Feeling Communist infiltration a real threat to the United States, Bryson introduced an Anti-Spying Bill in 1949, which was later incorporated into the Internal Security Act of 1950.

Bryson was an active Baptist and a member of a number of clubs and fraternal organizations, including the Shriners, the American Legion, and the Red Men.

Bryson died at Bethesda Naval Hospital of a cerebral hemorrhage. He was survived by his wife and five children, Joseph R., William J., David F., Ruth B. Thackston, and Judy B. Nelson. Bryson was buried at Woodland Memorial Park, Greenville, S.C.