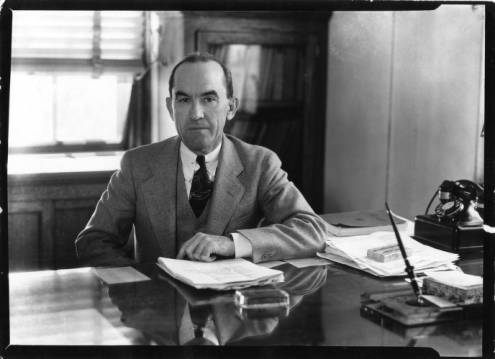 Dean Carroll, as he was known to almost everyone, was vitally involved in academic and public affairs for a span of almost half a century. He began his career as principal of Mountain View Institute (1908–9); then he was instructor in social sciences at Guilford College (1909–11), dean of Guilford College (1912–14), and assistant professor of economics at Hunter College (1915–18).

Carroll taught in the summer session at The University of North Carolina in 1917, and one of his students, Lenoir Chambers (later editor of the Greensboro Daily News and the Norfolk Virginian-Pilot and Pulitzer Prize winner), brought him to the attention of President Edward Kidder Graham. Graham offered Carroll a position, but because he was under contract to Hunter College for the following year, Carroll could not accept until the fall of 1918; then he was appointed professor of economics. The following year he became dean of the School of Commerce (later Business Administration), a position he held for thirty-one years. During his service in Chapel Hill, Carroll was at one time or another a member of almost every faculty committee, as well as the Chancellor's Advisory Committee. He was a member of Phi Beta Kappa and in 1955 was named Kenan Professor of Economics and elected Chairman of the faculty, the highest honor his colleagues could bestow upon him. The trustees named the main building of the School of Business Administration Carroll Hall. Few persons have exerted stronger influence upon the faculty and students of The University of North Carolina than Carroll over his long tenure. His approach was always to obtain results and to reduce to a minimum or avoid totally the red tape too often found in academic communities. 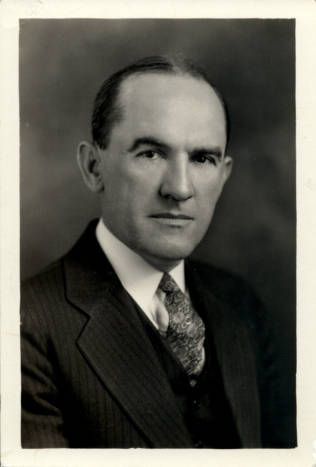 In 1938, when it was obvious that developments in Europe would lead to the greatest holocaust the world had known, Carroll, Dorothy Thompson, and Rabbi Stephen S. Wise advocated and got an open door policy for oppressed minorities who wished to seek refuge in the United States. When the Selective Service System was instituted, Carroll was named chairman of the Orange County Draft Board, even though he was a devout Quaker.

After the repeal of the Eighteenth Amendment to the Constitution, when Orange County voted wet, Carroll was named chairman of the Alcoholic Beverage Control Board of Orange County. It was the general feeling that this board was perhaps the best managed in the state and that Carroll, who never had a drink of whiskey, saw to it that alcohol would not be abused and that the profits from the system would be channeled without delay to the public schools.

Carroll's public service did not end with the control of alcohol and the management of conscription, both distasteful to his Quaker principles. An important figure in business affairs of Chapel Hill and the county, he was director of the Orange County Building and Loan Association from 1920 to 1950 and chairman of its board of directors from 1937 to 1950. He was active in the Society of Friends and was instrumental in developing a flourishing society in Chapel Hill; he acquired property for the society and directed the construction of the meeting house. He was a trustee of Guilford College from 1918 to 1946 and chairman of its board from 1933 to 1946. He retired from the university faculty in 1960.

In 1949 I was a senior at UNC in the School of Business Administration. The dean at the time was Dudley Dewitt Carroll— I think it was probably Dean Carroll’s last year on the job.

The Dean’s secretary was a lady named Martha Hamby who I had the good fortune of marrying during my last year on campus. When I graduated the Dean did not want to lose his excellent secretarial Administrator (my wife) so he arranged for me to have an interview for a job in a local Chapel Hill Bank – – hoping I would accept the position and remain in Chapel Hill – – so he can hold on to his secretary. His strategy didn’t work, as I accepted a position in another city and we left Chapel Hill in the spring of 1949.

As my Life played out, after working in different cities all over the southeast I wound up retiring and living in Raleigh just a few miles from where the dean wanted me to stay all along.

Thank you for sharing!

Thank you for sharing!