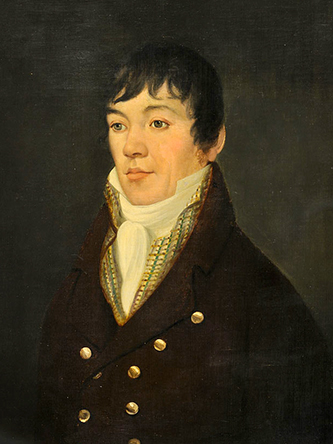 John Robert Donnell, lawyer and superior court judge, was a native of Scotland. He was graduated with honors in 1807 from The University of North Carolina and became a prosperous lawyer at New Bern. From 1815 to 1819 he was solicitor for the New Bern judicial circuit, and from 1819 until his resignation in 1837 he was a judge of the superior court.

In his Recollections of Newbern Fifty Years Ago, Stephen F. Miller wrote in part: "Judge Donnell was always in the habit of attending market to purchase what articles of produce he needed, and was a man of strict integrity, as well as a kind, considerate, generous neighbor. 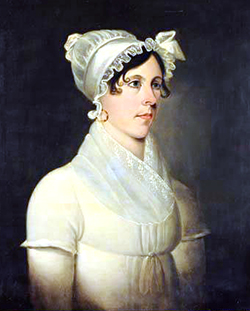 "He was a rigid economist, and by the skillful management of the large property which he obtained by inheritance from an uncle, and by his marriage with a daughter of Gov. Spaight, he increased it probably to half a million of dollars. . . . He was a quiet, unobtrusive, upright gentleman, and used to bear with quiet equanimity the biting sarcasm which Mr. [John] Stanly was in the habit of thrusting at the court whenever it suited his policy. . . . His life was exemplary, and his abilities and integrity as a Judge secured him a spotless reputation."

Miller reported that Donnell died "at Raleigh, October 15, 1864, while a refugee from his princely house and estates, after Federal occupancy in Newbern." His "princely" brick home at New Bern, renowned for its exquisite, hand-carved woodwork, was destroyed by fire in late January 1970. His adjacent law office, with a "perfectly-proportioned" entrance, was moved to a waterfront site on Trent River near New Bern for restoration and enlargement by a collateral descendant.

A portrait of Donnell was once displayed in the conference room on the second floor of the Archives and History-State Library building, Raleigh, but is now in the possession of the North Carolina Museum of History.