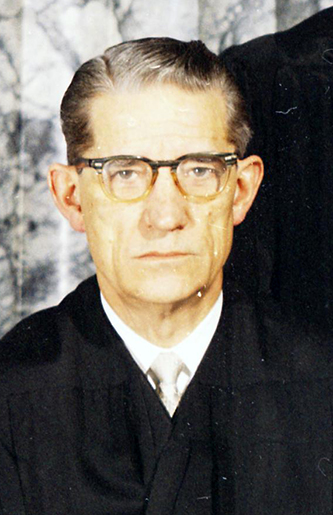 Robert Corpening Finley, musician, attorney, and judge, was born in Marion, the son of Robert Sylvester, a pharmacist, and Willie Corpening Finley. He and his brother, Frank A. ("Buzz"), were reared in Asheville and attended Asheville High School. Finley began his undergraduate studies at the University of Florida but completed his bachelor of arts degree in English at Duke University in 1930. Then turning his talents to music, he formed a jazz band that he advertised as "Not the Best Band in the World, but a Good Band." After filling engagements up and down the Atlantic Coast, he joined Hal Kemp's orchestra. During the 1930s Finley returned to Duke and in 1934 earned the bachelor of law degree; he then entered private practice in Chattanooga, Tenn. After further study at Georgetown University, he was awarded the LL.M. degree in 1936.

Returning to his native state, Finley worked for the North Carolina prison system as a probation officer. He also served for a time as an attorney for the Federal Alcohol Control Administration of the U.S. Department of Justice. Later he served as chief enforcement attorney and then director of food enforcement for the U.S. Office of Price Administration. In 1940, he moved to the state of Washington and became assistant attorney general; when World War II began, he went to work for the Office of Price Administration in that state. As a prosecutor, he dealt with all infringements on the jurisdiction of the state OPA and soon expanded his jurisdiction to cover federal cases as well.

In 1951, Finley was elected to the Washington State Supreme Court where he was one of the founders of the Bench-Bar-Press Committee to work for a more co-operative, responsible relationship among the judicial institutions and a better public understanding of the judicial system. He remained on the supreme court for twenty-five years and served two terms as chief justice. At his death, the courts housed in the Washington Temple of Justice established the Robert C. Finley Memorial to provide scholarships for law students receiving special training in the area of administrative law, which had been Finley's major interest and field of study.

On 4 Dec. 1937 Finley married Werdna Phillips, daughter of Andrew Johan and Mary Gaddy Phillips of Olympia, Wash. For a time they made their home in Asheville, N.C., where their first child, Patricia, was born. They were also the parents of two other children, Mary Ellen and Robert Andrew. Finley was a member of the Methodist Church. 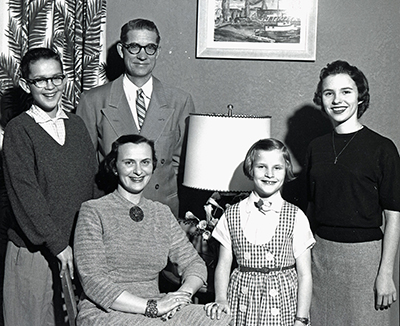