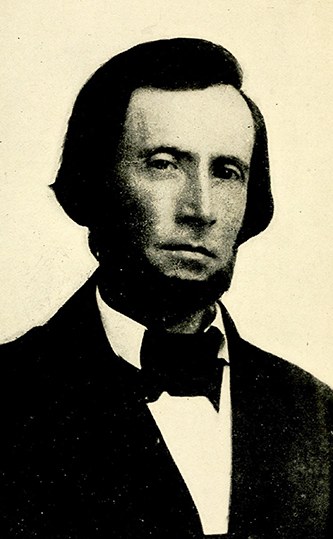 Charles Frederick Fisher, president of the North Carolina Railroad, politician, and soldier, was born in Salisbury, the only son of Charles and Christine Beard Fisher. His grandfather, Frederick Fisher, migrated to western North Carolina from Shenandoah County, Va., and was a militia officer during the American Revolution. His mother was the daughter of Lewis Beard and Susan Dunn, whose father, John Dunn, was a lawyer and ardent Tory; her father was the son of John Lewis Beard, a pioneer settler of Salisbury. While Charles Frederick Fisher was still an infant his father, aged twenty-nine in 1818, began his twenty-eight-year political career.

In the fall of 1835 young Fisher entered Yale, but, whether from homesickness or youth's characteristic impatience to "succeed," he did not complete his freshman year. He returned to Salisbury and concurrently became a farmer, a miner, and a journalist. For many years he was copublisher of the Western Carolinian, an opportunity that he seized evidently for the emulation and development of his father's political qualities. He worked faithfully for the Democratic party, then on the ascendancy in the state, but not until 1854 was he elected to public office as state senator from Rowan County.

The following year, even though by experience he was not qualified, he was elected president of the North Carolina Railroad, succeeding John M. Morehead. Three years later, while still holding this office, he was the contractor for the extension of the road to Morganton. His election as head of the road was totally unexpected and his management caused so much criticism that Jonathan Worth organized and headed an investigative committee. When Fisher forcefully protested the committee's report, Chairman Worth found his rebuttal "insolent and insulting." However, the report was not the unanimous opinion of the committee. One member refused to sign because "it is greatly wanting in thoroughness, completeness and impartiality."

Though Jonathan Worth personally continued to attack Fisher in the press and in public speeches, in July 1859 Fisher was again elected president of the railroad by an all but unanimous vote, including that of the largest Whig stockholders. This election was Fisher's vindication and the controversy aroused by Worth subsided. It was during this period that Fisher and S. L. Fremont, chief engineer and superintendent of the Wilmington and Weldon road in Eastern North Carolina, became close friends. 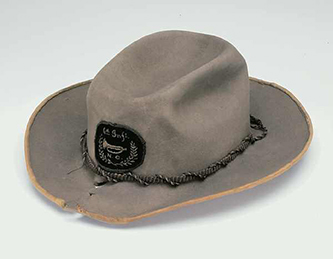 When hostilities began between North and South, Fisher immediately volunteered for Confederate service. Elected colonel of the sixth North Carolina Regiment, he was killed in the Battle of First Manassas while serving under General Thomas Lanier Clingman. The following month S. L. Fremont, then a colonel in the North Carolina state militia, assumed command of coastal defenses and planned the fortification at Federal Point on the Cape Fear River, which he named Fort Fisher in honor of his fallen friend.

Fisher married Elizabeth Ruth Caldwell, the daughter of David F. Caldwell (1790–1867) and Fanny Alexander Caldwell, the daughter of William Lee Alexander. Of this marriage there were three children who were reared by their aunt, Christine Fisher, after the death of their father. Their daughter, Frances, under the pen name Christian Reid, was the author of The Land of the Sky, a story of mountainous western North Carolina, and other novels. Though the Fishers were Lutheran, Christine Fisher became a Roman Catholic in 1860, much to the distress of "wealthy and influential relatives" who warned her: "we hope your self-respect, your interest in the moral and religious welfare of the orphans and your love for your brother's name will deter you from impressing on their tender minds a creed professed only by a few low and ignorant foreigners."

Camp Fisher, located in east High Point , was an instruction camp for the Confederacy named in memory of Col. Fisher.