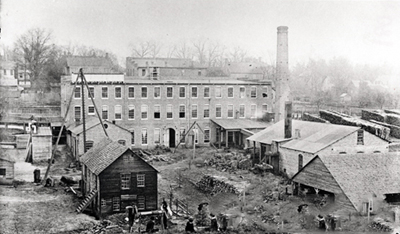 Constantine Alexander Hege, merchant, inventor, and manufacturer, was born near Friedburg Moravian Church in Davidson County, the son of Solomon and Catherine Guinther Hege. Joining the Moravian church at age twelve, he attended the Moravian Boys' School at Salem and the Yadkin Institute in his native county. As a Moravian he was opposed to the war, but nevertheless was obliged to enlist in the summer of 1862; he served for fourteen months in Company H, Forty-eighth Regiment, participating in battles at South Mountain, Va., and Sharpsburg, Md., as well as in several skirmishes. At the Battle of Bristow Station, Va., on 14 Oct. 1863, he was captured and confined in the Old Capitol prison in Washington. While there he was visited by some North Carolina Moravians working in the capital, and under their guidance young Hege decided to take the oath of allegiance to the United States. After his release, he went to Bethlehem, Pa., where he found employment in the iron works. 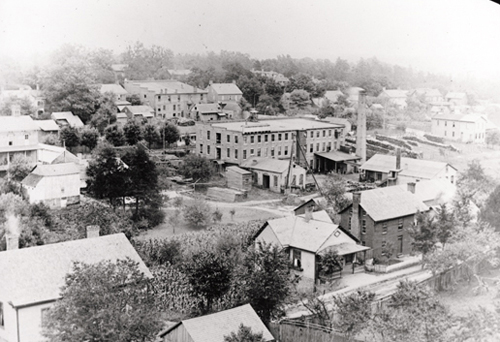 n August 1865 Hege returned to North Carolina, but a few months later entered the Bryant & Stratton Commercial College in Philadelphia where, upon completing the course, he was employed by a mercantile firm. In the spring of 1867 he opened a small country store at Friedburg, N.C. A few years later he moved to Salem to start a small foundry. After acquiring a steam engine his business expanded, and in 1877 he obtained a patent for an improved set of works for circular sawmills. He then began manufacturing sawmills and wood-working machinery which he also invented. The sawmills produced at Hege's Salem Iron Works were sold throughout the United States and in several foreign countries. The first sawmill in Alaska was one he gave to the Moravian mission there.

Hege was married in 1870 to Frances Mary Spaugh from an area near Salem, and they were the parents of Walter Julius, Ella Florence, and Rose Estelle. Following the death of his first wife, Hege married Martha Caroline Spaugh in 1895.

Cyclopedia of Eminent and Representative Men of the Carolinas (1892).