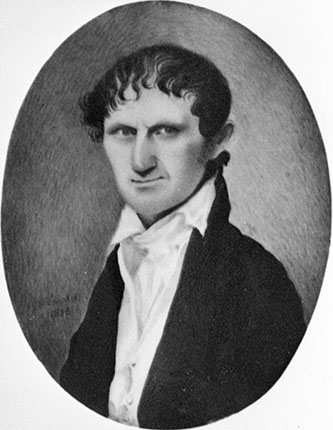 William Henry Hill, lawyer, legislator, congressman, and planter, the son of William and Margaret Moore Hill, was born at Brunswick town in Brunswick County. He attended schools in Boston, his father's birthplace, and studied law there under a Mr. Barrett.

In 1790 President Washington appointed Hill district attorney for North Carolina, a position he held for the next eight years. In 1794 he was elected to the state senate from New Hanover County. In politics he was a Federalist and a strong supporter of the administrations of Washington and Adams. His district elected him to the U.S. House of Representatives in 1798 and again in 1800. During his four years in Congress, Hill was an outspoken advocate of all Federalist measures. He believed in a strong central government. When in 1802 the Republicans introduced a bill to repeal the Judiciary Act, passed in President Adams's administration, Hill made a long speech opposing its repeal. His action was in opposition to the wishes of the majority of the North Carolina legislature, which had instructed the state's representatives in Congress to vote for repeal of the act. Hill denied the right of the legislature to instruct the state's representatives how to vote. When he ran for reelection in 1802, he was defeated by a Republican primarily on this issue. In 1801, when the presidential contest between Thomas Jefferson and Aaron Burr was thrown into the House of Representatives, Hill and his Federalist colleagues from North Carolina voted for Burr. This was another reason for his defeat in 1802. Just before leaving office President Adams appointed Hill a federal judge for the District of North Carolina, one of the so-called "midnight judges." Jefferson, however, refused to honor the appointment.

After his failure to be reelected to Congress, Hill withdrew from politics, devoting his efforts to his law practice and to agriculture. He owned a plantation near Wilmington called Hilton and another, Belmont, in Chatham County. He acquired the latter in 1796 as a summer home.

Hill took an active interest in the founding of The University of North Carolina. He was elected a member of the first board of trustees in 1791 and served until his death. In 1792 the board appointed him to the commission of eight trustees to select the site for the university. He was one of those who in 1793 donated funds to the university and who later gave books to its library.

Hill first married Elizabeth Nash Moore, widow of James Moore and daughter of Governor Abner Nash; and second, Alice Starkey, daughter of John Starkey of Onslow County. He had no children by either marriage. His third wife was Elizabeth Ashe, daughter of John and Rebecca Moore Ashe. They became the parents of William H., Jr., Joseph Alston, Anna (m. Charles Wright), Mary (m. Dr. James F. McRee), and Julie (m. Dr. Ezekiel Hall). Hill died at his home, Hilton, and was buried in the family cemetery on the plantation.

Hill a Federalist voted for