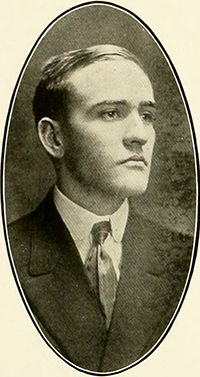 Hobbs attended Westtown Friends School, Pa., and in 1909 was graduated from Guilford College where he won the Orator's Prize and was, like his brother Allan Wilson, a baseball star. In 1911 he received an M.A. degree from Haverford College, where he was elected to Phi Beta Kappa. At Columbia University Law School, Hobbs studied under Harlan Stone and was elected to Delta Sigma Rho, the honorary legal fraternity; he earned the LL.B. degree in 1914. From 1915 to 1929 he practiced law in Greensboro and Gastonia. Moving to Chapel Hill, Hobbs was professor of business law at The University of North Carolina from 1929 to 1967 and dean of the Business School from 1954 to 1956. He was coauthor of Britton and Brauer's Cases and Materials on Business Law.

During World War II, Hobbs was a member of the panel of arbitrators of three organizations: the American War Labor Board, the North Carolina Department of Labor, and the Mediation and Conciliation Services. In Chapel Hill, he was active on the school board and served as alderman of the town for seventeen years, occasionally as mayor pro tem. He was a member of Orange County Board of Commissioners for ten years and of the North Carolina Bar Association. Hobbs was one of the principal founders of the Chapel Hill Friends Meeting.

He married Gretchen Taylor and had three sons: Richard, Grimsley, and Lewis Lyndon III. After the death of his first wife in 1956, he married Katherine Smith.