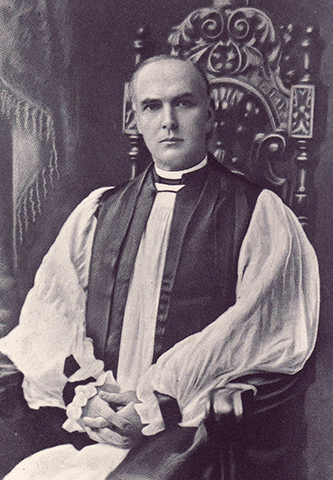 Junius Moore Horner, Episcopal bishop, was born in Oxford, the son of James Hunter and Sophronia Moore Horner. After attending the Horner School, Oxford, and the University of Virginia, he received the A.B. degree from Johns Hopkins University in 1885 and the B.D. degree from General Theological Seminary, New York, in 1890. Soon after graduating from seminary he was ordained deacon and a year later was advanced to the priesthood. He was associated with his brother, Jerome C., and his father at the Horner School and served a number of missionary stations in the region, particularly in Leaksville and Reidsville.

In October 1898 Horner was elected bishop of the Missionary District of Asheville by the General Convention meeting in Washington, D.C.; he was consecrated in Asheville on 28 December. In 1899 the University of the South granted him the doctor of divinity degree. When the missionary district was reorganized in 1922, he became bishop of the Diocese of Western North Carolina. Although Horner had limited experience in parish leadership, he had the training and ability necessary to succeed. He set about expanding the work of the church and soon established preaching stations, missions, parishes, and, dear to his heart, schools to offer industrial training not otherwise available to the young people of the mountains of North Carolina. With that special education, of course, they also received religious and moral training.

On 14 Dec. 1892 Horner married Eva Harker of Augusta, Ga., and they became the parents of Eva, Katherine, and Junius.

"CLXXXVIL—JUNIUS MOORE HORNER. Bishop Of Asheville." The Journal of the Bishops, Clergy and Laity assembled in General Convention in the city of San Francisco on the first Wednesday in October A.D. 1901. n.p.: Printed for The Convention. 1902. 464. http://books.google.com/books?id=TQoDAAAAYAAJ&pg=PA464#v=onepage&q&f=false (accessed July 17, 2013).