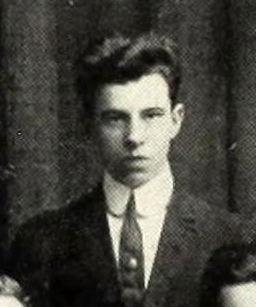 Howard Russel Huse, college professor and scholar, was born in Omaha, Nebr., the son of Jesse Benjamin and Mary Wearne Huse. The family later moved to Chicago where he attended the local public schools. After a year's study at the University of Chicago, he went to Europe in 1909 and spent a year at the University of Dijon. Here young Huse developed an early admiration for French culture, to which he devoted much of his life. France became for him, as he wrote, "a second country and a second home."

Returning to Chicago in 1910, Huse resumed his studies at the university. In 1911 he was an interpreter for the stage manager of Sarah Bernhardt, the great French actress, during her American tour of that year. When Huse received the Ph.D. degree from Chicago in 1913, the world was still open and free; the adventurous, willing to endure hardship, could roam at will without the restriction of passports and permits. Taking advantage of this opportunity, he circled the globe for a year before settling down. He shipped on freighters as a common seaman, taught school in the Philippines, sold hardware in Australia, and worked on the docks in London. These experiences later provided a special dimension to his perception of the world's great literature.

Huse began his academic career as assistant instructor at the University of Chicago (1914–16), then joined the faculty of Newcombe College, Tulane University, as assistant professor (1916–18). During World War I he entered the army as a private in the infantry, rising to the rank of second lieutenant. For a year after the war he was assistant U.S. trade commissioner in Athens and Constantinople.

In 1920 Huse accepted the position of assistant professor of romance languages at The University of North Carolina. After obtaining a second Ph.D. from his alma mater in 1930, he was promoted in 1931 to professor of French and Italian at Chapel Hill. For many years he served as the first acting chairman of the Curriculum of Comparative Literature and was for a time chairman of the Humanities Division in the university's College of Arts and Sciences. On his retirement in 1963, he was emeritus professor of French and Italian until his death.

As a teacher Huse was adept in correlating his knowledge of many other disciplines with the instruction of language and literature. In his classes, he instilled concepts relating to the basis of human existence along with the subject matter at hand. His favorite themes were a hearty skepticism for idealism and metaphysics, a respect for the fragile nature of civilization, and the importance of taste in the arts. In teaching French lyric poetry and French literature of the eighteenth century, he focused on the study of Dante's Divine Comedy. His learning and enthusiasm enabled several generations of students to share the wonder of that triumph of the human spirit.

Huse was the author of Essentials of Written and Spoken French (1928), a grammar; Psychology of Foreign Language Study (1931); The Illiteracy of the Literate (1933), a brilliantly written text presenting wise counsel about language; and Reading and Speaking Foreign Languages (1945). His final book, published in 1954, offered a new prose translation of the Divine Comedy. The translation was widely used in colleges and universities throughout the United States and Canada. At the time of his death, Huse was working on a prose translation of the Fables of La Fontaine. In addition to these volumes, he edited Contes et Recits, a collection of French literature, and wrote many articles on various subjects and authors, particularly Anatole France and Jean Jacques Rousseau.

In 1920 Huse married Charlotte Vulliemoz, a native of France. They were the parents of two children, Henri and Mary Louise. In 1946 he married Mary Kathleen Martin but had no children by his second wife. He died at age eighty-seven at Duke Hospital, Durham.

I lived near Dr Huse for 5

I lived near Dr Huse for 5 yrs. His 2nd wife was a half cousin of my mother's. I couldn't believe he gave raw onions to a Dalmatian and the Dalmatian at the onion slices.