Thomas J. Lemay, editor, publisher, and political and religious leader, was born in Granville County where a large number of people bearing his surname lived. The names of his parents have not been found nor has any record of his education, although a contemporary described him as a good English scholar. As a youth Lemay began to work as a printer for Thomas Henderson of the North Carolina Star, an unusually attractive, widely read weekly newspaper in Raleigh. Following a series of changes in ownership and partners, Lemay in 1826 purchased the interests of one of the partners and became co-owner of the paper with Alexander J. Lawrence. From a clearly expressed states' rights viewpoint, they supported a program of internal improvements by the state without assistance from the federal government. The Star also favored Andrew Jackson for president. In September 1835 Lemay acquired control of the paper when Lawrence left North Carolina. He was joined by David Outlaw of Bertie County in producing the paper in 1836–37 and by Hugh McQueen of Chatham County in 1840; otherwise, Lemay remained the sole editor and publisher of this influential newspaper until 1853 when, because of failing health, he sold it to W. C. Doub. William Woods Holden, later renowned for a number of reasons and as editor of the North Carolina Standard, spent five years as an apprentice-employee under Lemay and lived at Lemay's house. Anxious to serve his readers well, Lemay telegraphed his friend, Secretary of the Navy William A. Graham, in November 1850, asking that his newspaper be included among those select papers named to receive the text of a significant presidential message by telegraph, a means of spreading the news just coming into use. 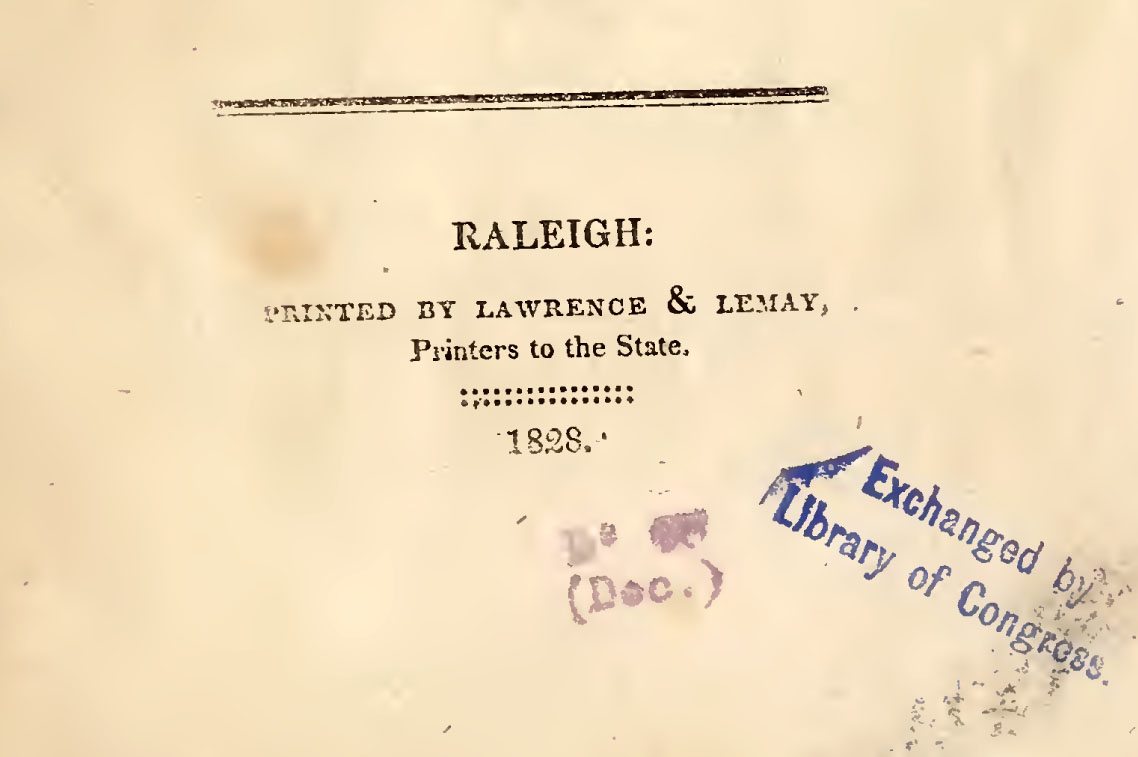 Sensing the need for a farm journal in North Carolina, Lemay established the monthly North Carolina Farmer in August 1845 and continued it through the July 1850 issue, when ill health and a decline in subscriptions obliged him to cease publication. Yet in 1855 the State Agricultural Society prevailed upon Lemay to establish another periodical, the Arator, which it proposed to make the official journal of the organization. Although it never received this recognition, the Arator continued to appear through June 1857, when the same old reasons led to its demise. Both farm journals served a good purpose in the state by introducing new crops and methods of agriculture and discussing means of restoring fertility to exhausted soil; they also gave farmers an opportunity to express their hopes and concerns through its pages. Agricultural information of the antebellum period found in these journals has been of interest to later readers as well.

In 1837 Lemay joined editors Thomas Loring and Joseph Gales in calling a meeting in Raleigh at which thirteen out of the state's twenty-five newspapers were represented. The participants discussed a consistent financial policy and a code of ethics for their profession. Among the latter was a recommendation that "personal defamation" cease and the hope that all editors in the state would no longer discuss personalities and use "indecorous language." They also urged that the papers henceforth refuse to "insert an Advertisement of a husband against his wife." The time had not yet come for such a code, however, and a call in 1838 for compliance with these proposals was ignored by editors in remote parts of the state.

Lemay was a Freemason and in 1846 addressed the Hiram Lodge of Raleigh on the importance of charity and its practice by Masons. He also was an active member of the Methodist church and except for a period of two years served as superintendent of the church school from 1827 until 1850; there is some evidence as well that he preached from time to time. In politics he was a Whig and served as a member of the Whig Central Committee for the state. He was an officer of the Wake County Internal Improvements Association which supported railroad development, served as a delegate to a meeting concerning the building of the North Carolina Railroad, and was a marshal of the state fair, a project that received his enthusiastic endorsement.

In May 1828 Lemay married Eliza Ann Sledge of Franklin County. The census of 1850 records their children as Leonidas B., Eliza A. V., Thomas J., Voilus, Lucinda, and Julia. In addition, the household consisted of Aples P., age fifteen, and Sarah M. Sledge, age thirteen, natives of Mississippi and Tennessee, respectively, surely relatives of his wife. Lemay's will, dated from Johnston County, 27 Apr. 1863, mentions daughters Octavia, Fedelia, and Victoria [Eliza A. V.?] and notes that his son Leonidas (also referred to as Lidius) had recently died. Since the will contains no mention of his wife, she also probably was dead by that time.

When Lemay's son, Leonidas B. (1829–63), was nine, he began publishing his own small newspaper, the Microcosm, which he continued certainly until 1843 and perhaps until 1845, when the North Carolina Farmer required his assistance. It proclaimed its devotion to "the flowers of Literature, Science, Commerce, and Agriculture." In 1850 young Lemay also assisted with the Star during his father's illness. The cause of the son's death has not been discovered, but he apparently was not in Confederate service.

W. W. Holden, Address on the History of Journalism in North Carolina (n.d.).