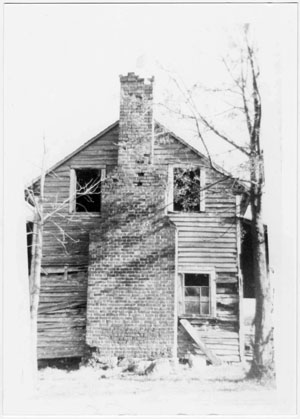 William Maclean, physician, was born in Rowan County, the son of Alexander, an emigrant from Northern Ireland, and Elizabeth Ratchford McLean. Alexander lived first in Pennsylvania, working to pay for his passage over, then moved to Rowan County and settled in the Dobbin neighborhood, eight miles from Salisbury, where his sons John and William were born (three daughters were born in Pennsylvania). He then purchased land near the junction of the South Fork and the main Catawba River in Tryon (now Gaston) County. This became his permanent home and the birth place of his three youngest sons. Both Alexander and his wife were members of the Presbyterian church, lived to a "good old age," and were buried near their farm.

William attended Queens College (later Liberty Hall Academy), in Charlotte, from about 1776 to 1778. His older brother John joined the Revolutionary army and was later killed in the Battle of Buford's Bridge in South Carolina. William was studying to become a physician when the war moved inland. He was offered a commission as surgeon's mate by Dr. Joseph Blythe. Near the end of his life, in his application for bounty land due him as a Revolutionary soldier, he gave the following account of his military service: "I William Maclean [,] now in the seventieth year of my age, Do upon oath testify and declare that in the latter part of 1781 or early in the year 1782, I joined the Continental Southern Army, as Surgeon's Mate under Doctr. Joseph Blythe, and served in the first North Carolina Regiment commanded by Col. Archibald Lyttle and continued in service as aforesaid until the close of the War in 1783 when the Regiment was regularly discharged from public service in Charleston So Carolina by the aforesaid Col. Archibald Lyttle."

Dr. C. L. Hunter, in his Sketches of Western North Carolina, elaborates on Maclean's services and places them prior to the end of 1781 or in early 1782. Young Maclean may have served irregularly with the state militia before joining the Continental army as surgeon's mate, but no contemporary evidence of this has been discovered.

In 1783, at the close of the war, Maclean joined the North Carolina Society of the Cincinnati as an original member. The membership was composed of the surviving officers of the Continental army, and its purpose was to provide assistance to the widows and orphans of deceased officers and to maintain the bonds of friendship forged during the war. General George Washington was the society's first national president.

In 1786 Maclean went to Philadelphia to pursue his medical studies at the medical college of the University of Pennsylvania, then considered the best school of medicine in the country. According to university records, he left in 1787 without a degree but with a certificate of membership in the American Medical Society signed by William Shippen, M.D., president. The certificate states, in Latin, that membership was granted "because of his true medical knowledge, in which on examination, he has shown himself brilliant, all the honors and privileges of this institution."

Maclean represented Lincoln County in the House of Commons in the sessions of 1788, 1789, 1790, and 1791. In 1814 the county sent him to the state senate. As a legislator he was conscientious in attending all sessions, served on several financial committees, was opposed to a permanent site for the state capital in the east, and apparently supported the state university at Chapel Hill.

More important was his service as a delegate from Lincoln to the constitutional conventions at Hillsborough (1788) and Fayetteville (1789), which considered the ratification of the proposed Constitution of the United States. A Federalist, Maclean voted for ratification in both conventions, unlike many other delegates from the western counties.

On 19 June 1792, at age thirty-five, Maclean married Mary (Polly) Davidson, the third daughter of Major John Davidson, a wealthy ironmaster. The wedding took place in the new brick mansion on Major Davidson's plantation, Rural Hill, on the Catawba River, considered the finest in Mecklenburg County. The Reverend James McRee, the county's most fashionable Presbyterian minister (too fashionable for many of his plainer session members at Steele Creek), performed the service. It was a long-remembered social event and the bride, ten years younger than her husband, wore a "green silk and silver Paris gown," pieces of which were preserved by her descendants for several generations.

The record further notes that the bride had been religiously reared at Hopewell Church, liked to read and read well, and was of a happy disposition. Of the groom it was later said that he was "a polished and elegant gentleman," was "fine looking and dressed always with great care; wore a queue and knee britches and frills, the very graceful style of the period." Shortly after his marriage, Maclean built a homestead, known as Willow Plain, on his plantation in Lincoln (now Gaston) County. The house is no longer standing, but what is believed to have been his doctor's office, built earlier on his father's place, is located on the "Button" McLean farm. William and Polly Maclean were the parents of ten children who reached maturity.

For his Revolutionary services as "Surgeon's Mate to the First Battalion in the Line," the state of North Carolina awarded Maclean 2,560 acres "in our country of Tennessee on the waters of the Red River." He made a survey of this grant in 1797 and again fourteen years later, when he found trees that he had marked with his initials on the earlier journey. The journal he kept of the latter trip from Lincolnton to Nashville, Tenn., during May–June 1811 was edited, with biographical notes, by Alice B. Keith for the North Carolina Historical Review (October 1938).

Maclean served his local community as a justice of the peace and as an officer in the militia. He and his wife supported the Presbyterian church. His medical practice was extensive and often charitable, for he "treated slave and neighbor alike." He soon became wealthy, and many regarded him as the leading layman of the area. 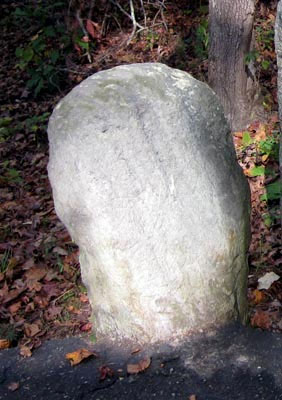 It was important to Maclean to preserve the history of the American War of Independence and the men who had sacrificed their lives and fortunes for its achievement. He was distressed that no monument had been erected to the heroes of the Battle of Kings Mountain, not far from his home. Chiefly at his instigation and expense, a slate monument, three feet high, was placed on the mountain commemorating American heroes on one side and mentioning the death of the British Colonel Patrick Ferguson on the other. On 4 July 1815 Maclean delivered his Kings Mountain address celebrating the victory and the first monument erected to it. A considerable part of this speech is preserved in the Robert L. Adams Collection in the North Carolina State Archives. In the same collection are several letters from the doctor to his wife that show the writer to have been a gentleman of some literary accomplishment and considerable humor.

The Raleigh Register of 25 Nov. 1828 carried the following brief obituary: "Died—at his residence in Lincoln county on the 25th inst. after a protracted and painful illness, Doct. William McClean [sic ], sen., in the 72nd year of his age. Skilful and assiduous in his profession, he acquired an enviable reputation within the circle of his acquaintance; ardently devoted to his country in her eventful struggle for national existence, he was famed among the worthies of the Revolution, as a brave and determined Whig, and the dread of both foreign and domestic enemies. As a public man, Dr. McClean was extensively useful and much respected; in private life, he was loved by his relatives, and highly esteemed by his acquaintances."

Concerning his appearance, his wife's nephew, Alexander Caldwell, said that his "Uncle McLean [sic ] was the handsomest man he ever saw, six feet tall, straight as an arrow, and of the most polished manners. He also said he often heard old men refer to the fact that his Uncle McLean had been several times taken for General Washington when he was in the Army."

Polly Davidson Maclean outlived her husband by nearly thirty-four years, dying at age ninety-five; her father, John Davidson, lived to be ninety-six. Of her later days, her great-nephew Dr. John Brevard Alexander wrote: "She was known far and near as 'Aunt Polly McLean.' She was a woman of great talent, read much and digested what she read, was a close student of the Bible and a good influence in her neighborhood."

William McLean was my 6th

William McLean was my 6th grandpall. Would like to have more info about him and family

If you are looking for more information about William Maclean, you might be interested in the references and additional resources included with this article. Please see them below the article text.