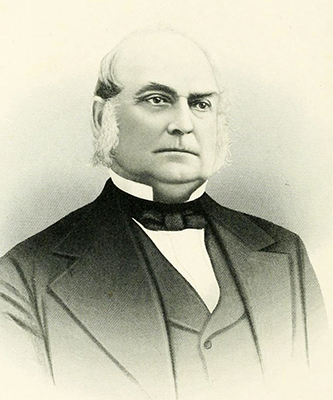 William Henry McKee, physician, was born in Raleigh, the son of James and Priscilla Macon McKee. His mother was the niece of Nathaniel Macon, a longtime congressman from North Carolina. James McKee died in 1819, leaving his widow and four young children, of whom William was the only son. At about age fifteen William became a clerk in C. D. Lehman's Raleigh apothecary shop, where he developed into a skilled pharmacist. When Lehman retired, McKee found employment with the firm of Williams and Haywood, Raleigh druggists, and he soon became a partner. Meanwhile, he studied medicine with a preceptor and in 1837 entered the medical school of the University of Pennsylvania, from which he received an M.D. degree in 1839. During the summer of 1838 he was an intern at Philadelphia's Blockley Hospital for the indigent. In the academic year of 1838–39, while still a medical student, he was promoted, after examination, to the position of resident physician of the hospital.

In 1840 McKee returned to Raleigh and established a practice that he continued until a few weeks before his death. He was also active in civic affairs. He was a longtime member of the board of city commissioners and served for many years as president of the board of directors of the North Carolina State School for the Deaf and Dumb and the Blind, where he was also the attending physician. After holding almost every office in a Subordinate Lodge, he was elected Grand Master of the Grand Lodge of Odd Fellows in North Carolina.

Deeply interested in raising the standards of the medical profession in the state, McKee was a founder of the North Carolina Medical Society and served as secretary (1849–51) and president for two terms (1858 and 1859). He was frequently a member of the society's executive committee as well as its delegate to the American Medical Association. In 1859 he was appointed to North Carolina's first State Medical Examining Board, the first such agency in the United States. In 1873 he was named a member of the Board of Censors, created that year by the Medical Society to police the practice of medicine in the state and to adjudicate disputes arising out of the professional activities of the society's members. In addition, he was a member of the Raleigh Academy of Medicine.

On 8 Mar. 1842 McKee married Susan Esther Battle, the daughter of Joel Battle, of Edgecombe County, a planter and an industrialist, and the sister of North Carolina Superior (later Supreme) Court Judge William Horn Battle. The McKees had one daughter, Laura, and three sons, James, Lewis, and William. James (b. 5 Jan. 1844) became a practicing physician in Raleigh, where he was the first professor and the first dean of the Leonard Medical School of Shaw University, North Carolina's first four-year medical school; from 1901 until his death on 10 Jan. 1912, he served as superintendent of what is now Dorothea Dix Hospital. McKee's first wife died in 1852, and in November 1854 he married Eliza O. Nixon, of Wilmington, whom he survived. They had one child, Eliza N., who became the wife of Kemp P. Battle, Jr., M.D., a Raleigh ophthalmologist and the son of President Kemp P. Battle of The University of North Carolina.

McKee died at his home in Raleigh of "heart disease, attended with effusion into the Pericardium and an oedematous condition of the lungs and lower extremities." He was buried in Raleigh's Oakwood Cemetery. In a memoir written shortly after his death and read before the North Carolina Medical Society on 19 May 1875, S. S. Satchwell described McKee as an able physician who was ready "at all times to go, as ever he went, to the calls of the poor and down-trodden, as well as to the calls of the affluent and prosperous." Although he was not a party man, his political and economic views were apparently those of the Henry Clay Whigs. He attended the Episcopal church as his medical practice allowed but never became a member of any church. A photograph of McKee is in the Michaux-Randolph Papers, North Carolina State Archives, Raleigh.

Cyclopedia of Eminent and Representative Men of the Carolinas of the Nineteenth Century, vol. 1 (1892).

S. S. Satchwell and William G. Hill, Memoir of Dr. W. H. McKee, a Member of the North Carolina Medical Society and Fellow of the Raleigh Academy of Medicine (1875).

Transactions of the Twenty-second Annual Meeting of the Medical Society of the State of North Carolina (1875).