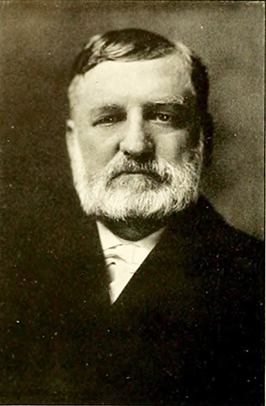 Samuel Fox II Mordecai, lawyer and legal scholar, was born in Richmond, Va., the son of Ellen M. (1820–1916) and Samuel Fox Mordecai (1828–52), who were first cousins. His family had long and prominent ties to North Carolina. His great-great-grandfather, Moses Mordecai (1707–81), was a German-born Jewish merchant who pursued a career in England and America. His great-grandfather, Jacob Mordecai (1762–1838), was a merchant in Virginia and North Carolina who founded a school for girls in Warrenton (1809) before moving to Richmond in 1818. Two of Jacob Mordecai's thirteen children, Moses (1785–1824) and Solomon (1792–1869), were Samuel Fox's grandfathers. The former, an attorney, married in succession two granddaughters of Joel Lane, a founder of the city of Raleigh, and they lived in a historic house that still bears his name. Solomon Mordecai was born in Warrenton but later moved to Mobile, Ala., where he was a physician.

Mordecai was educated in private schools in Virginia and North Carolina, and he attended the University of Virginia. In 1875 the North Carolina Supreme Court admitted him to the bar. In November of the same year he married Elizabeth D. (Bettie) Grimes, the daughter of General Bryan and Elizabeth Hilliard Davis Grimes of Grimesland. They became the parents of nine children, one of whom died in infancy.

From 1875 to 1904 Mordecai practiced law in partnership with Richard H. Battle in Raleigh and frequently argued cases before the state supreme court. He served as a trustee of the Olivia Raney Library and was nominated for the state legislature in 1887 but was not elected. In 1897 he published his first volume of legal scholarship, Mechanics' Liens. This was followed in 1899 by Negotiable Instruments Law in North Carolina.

In July 1900 Mordecai was named an assistant professor of law at Wake Forest College, where he lectured with considerable success for the next four years. In 1904 brothers James B. and Benjamin N. Duke pledged an annual contribution of six thousand dollars to support the establishment of a law school at Trinity College in Durham. On the basis of his excellent reputation, Samuel Fox Mordecai was named senior professor and soon afterwards dean. It was at Trinity and its successor institution, Duke University, that he made his most memorable contributions to legal education.

After the Trinity College School of Law opened in the fall of 1904, Mordecai visited several prominent law schools in the Northeast, including Harvard, which was then using the new "case method" of instruction with great success. Trinity adopted this method, although Mordecai's own dynamic lectures formed the core of the school's program and provided the basis of its growing reputation. From the beginning Trinity enforced high standards of admission and achievement; in 1906 it became only the second southern law school to be accepted by the Association of American Law Schools. In 1911 the college awarded Dean Mordecai an honorary doctor of laws degree.

He and his faculty wrote and published their own texts for their courses of instruction. Among Mordecai's works were his Law Lectures (1907, 2d ed. 1915) and Law Notes (1912–13 and 1914–19), which were widely cited and recognized as authority on the laws of North Carolina. His other writings included Lex Scripta (1905), Case Book on Remedies (with A. C. McIntosh, 1910), Questions and Answers on Real Property (1912), and Questions and Answers on Second Blackstone (1923).

Mordecai was without peer as a teacher. Never concerned with mere numbers, he deliberately kept enrollments low, and his students were noted for their ability, character, and devotion to their mentor.

He was perhaps as famous for his wit and erudition as for his legal ability. His bearded visage was well known on the Trinity campus, and although his colorful language occasionally gave a first impression of coarseness, his personal charm and learned discourses endeared him to the college community. He was a lover of animals and had many pets, especially dogs, the most celebrated of which was a dachshund named Pompey Ducklegs, who could allegedly chew tobacco with the aplomb of his master. Mordecai delighted in writing clever prose and mediocre poetry, the best of which he collected and published in Mordecai's Miscellanies (1927).

Raised as an Episcopalian, Mordecai was not much given to formal religion. In jesting reference to his family heritage, his church, and his affiliation with Wake Forest and Trinity, he would describe himself as "Methodist, Episcopal, Baptist, Jew." His true beliefs were summed up in the lines he often quoted: "And what doth the Lord require of thee but to do justly, to love mercy, and to walk humbly with thy God?" A member of Zeta Psi and a Democrat, Mordecai died after a series of strokes and was buried in Oakwood Cemetery, Raleigh. A portrait hangs in the Duke University Law School.

Samuel Fox Mordecai: Presentation of a Portrait by the Alumni of the Duke University School of Law (1932).