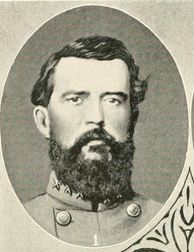 Kenneth McKenzie Murchison, merchant, banker, businessman, and Confederate officer, was born at Manchester, Cumberland County, the son of Duncan (20 May 1801–24 Apr. 1870) and Fannie Reid Murchison. His grandfathers, Dr. Thomas Reid and Kenneth McKenzie Murchison, for whom he was named, both emigrated from Scotland. After graduation from The University of North Carolina in 1853, young Murchison engaged in business in New York City and Wilmington until the outbreak of the Civil War. Returning home, he helped to organize a company in which he served as second lieutenant. This became Company C, Eighth Regiment, and in his absence was captured at Roanoke Island. He immediately raised another company, from which he was promoted colonel of the Fifty-fourth North Carolina Regiment, or Hoke's Brigade. Murchison fought in the battles at Fredericksburg, Chancellorsville, and Winchester and served until captured at Rappahannock Station on 7 Nov. 1863. He was imprisoned at Johnson's Island, Lake Erie, until July 1865. 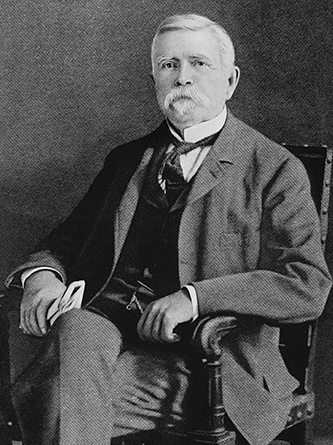 York but generally spent the winters in North Carolina. In 1880 he bought Orton plantation on the west side of the Cape Fear River below Wilmington. Within the boundary of the plantation was the colonial parish church and graveyard of St. Philip's, which he and his brother David gave to the Episcopal Diocese of East Carolina. It is now a part of Brunswick town, a State Historic Site. They also owned the Caney River hunting preserve, which included Mount Mitchell.

Kenneth Murchison was the founder of the Murchison National Bank, owner of the Orton Hotel, and one of the largest stockholders in the Coal, Cement, and Supply Company and had many other business interests in Wilmington. After retirement in his later years, he spent most of his time at Orton.

Clark, Walter. Histories of the several regiments and battalions from North Carolina, in the great war 1861-'65. Raleigh, E.M. Uzzell, printer. 1901. https://archive.org/details/historiesofsever03clar (accessed May 21, 2013).