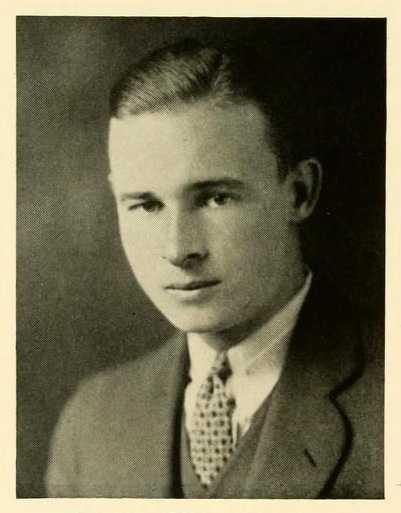 Thomas Moore Riddick, consulting engineer and chemist, was born in Woodville, Perquimans County, the son of Dr. Thomas Moore and Lucy Gatling Cowper Riddick. He attended public schools in Elizabeth City before entering The University of North Carolina, from which he was graduated with a bachelor of science degree in civil engineering (1931) and a master of science degree in sanitary engineering (1932). His schooling had been interrupted while he worked for the North Carolina and Virginia highway and bridge departments.

After leaving Chapel Hill he was employed as an assistant engineer with the North Carolina State Health Department to conduct a pollution survey in connection with shellfish. In September 1932 he joined the faculty of New York University, where he remained for two years as an instructor in hydraulic and sanitary engineering. Afterwards he worked in New York City as an engineer and chemist with Nicholas Hill, Jr.

In 1936 Riddick established his own engineering and chemical consulting firm, which—except during the years between 1943 and 1945, when he served as a major in the Public Health Service in Ethiopia—he managed for the rest of his life. In one of his catalogues he noted that "our professional field is design of municipal and industrial water and waste treatment plants, pumping stations, pipelines, standpipes, elevated tanks, submarine intakes and outfalls, and like installations. We are equipped to handle work of any size, either in or out of the United States." The business included a chemical and bacteriological laboratory. His firm, Thomas M. Riddick and Associates, continued after his death to design and supervise the construction of waterworks and waste treatment plants under the leadership of Norman L. Lindsay, a business associate of nearly thirty years to whom the firm was bequeathed.

While working in Alaska, Riddick experienced a problem with coagulation. This led him to study Zeta potential, a theory of coagulation and dispersion developed in 1879 by German physicist Hermann von Helmholtz. Riddick subsequently invented the Zeta-Meter, an electronic instrument for rapidly measuring the Zeta potential, that is, the amount of the electrokinetic charge, expressed in millivolts, surrounding particulate matter suspended in liquid. By 1960 he organized Zeta-Meter, Inc., to manufacture and market the new instrument, for which he obtained a number of patents. In due time more than a thousand Zeta-Meters were in use around the world in such varied fields as atomic energy, medical research, petroleum, petrochemicals, pulp and paper, pharmaceuticals, aluminum, cosmetics, latex, asphalt, paint, and fibers, as well as in water and waste treatment plants.

In this field Riddick developed a number of innovations such as the first velocity-controlled siphons, the first floating aerators for inducing circulation in large reservoirs, and the first water treatment plant to operate solely on the basis of Zeta potential control. He had an inventive mind, frequently working for several days without sleep on a new idea. His inventiveness, not confined to his business, assisted him in creating innovations in photography and recording equipment. The author of Control of Colloid Stability through Zeta Potential (1968), a book offering a detailed study of Zeta potential, he also wrote a number of articles for technical journals involving sanitary engineering, chemical engineering, hematology, and cardiology. His Heart Disease—A New Approach to Prevention and Control (1970) discussed his findings from over fifteen years' research on blood and heart disease.

Riddick spoke at a number of scientific symposia throughout the country. In 1952, while addressing the prestigious American Philosophical Society, an organization established in the 1740s by Benjamin Franklin, he debunked the widely read Henry Gross and His Dowsing Rod by Kenneth Roberts.

From his youth Riddick had a love for the sea, ships, and fishermen. His last boat, a 32-foot Grand Banks trawler, KoKo III, was a seagoing yacht built in Hong Kong. It was equipped with advanced navigational devices, some of which he developed himself. He also enjoyed collecting and retelling tales of North Carolina fishermen.

Riddick was married three times: on 16 September 1933 to Regina M. V. Scanlon, on 2 August 1953 to Mary Elizabeth Gould, and on 23 February 1975 to Jane Lynott Carroll. He had no children. He died at Huntington, Long Island, N.Y., and at his request his ashes were spread on Long Island Sound following a funeral service at the local Unitarian Fellowship.