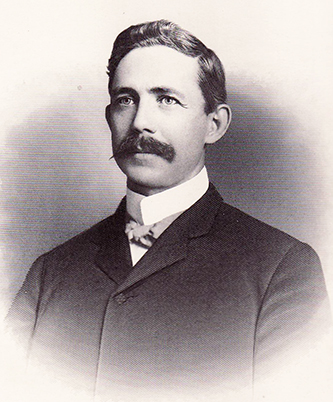 William Blount Rodman, Jr., lawyer, was born in an old hotel in Tarboro whence his mother had fled from the family plantation near Washington, N.C., during the Civil War. His father was William Blount Rodman. His mother, Camilla Holliday Croom of Alabama, was the daughter of Willie Jones and Elizabeth Holliday Croom. Willie Jones Croom was the son of Richard Croom and Ann Hare, who was the granddaughter of John Haywood of North Carolina.

Rodman's early life was filled with hardship, privation, and responsibility. During the war he lived on a plantation near Greensboro, but afterwards he moved with his family to the home place near Washington. Between the ages of nine and fourteen he was sent by his father to a plantation twenty miles from home to assist the overseer in executing his father's orders. Rodman learned to direct the shipment of cotton, corn, and produce. He entered The University of North Carolina in 1878, but after two years his father called him home to superintend a plantation, despite the pleadings of his professors that he was brilliant in mathematics. Rodman studied law every spare moment while he supervised the plantation, and in September 1883 he was admitted to the bar. A few months later he entered his father's office as a junior partner. He became a practical surveyor and a good land lawyer.

Over the next twenty years Rodman centered his activities around Washington. In addition to practicing law, he enlisted in 1881 as a private in the North Carolina State Guards, where he rose to the rank of colonel before retiring in 1902. While serving in the 1890s as chairman of the Democratic district executive committee, and as a member of the state executive committee, he also was mayor of Washington for three terms. In addition, he chaired the Beaufort County executive committee of his party from 1898 to 1904. In 1903 the legislature selected Rodman and two others to codify the statute laws, and their work resulted in the code of 1905. During this period he was a director of the Bank of Washington, Haven's Oil Company, and E. Peterson Company; he was also attorney for the Old Dominion Steamship Company at Washington.

A tall man with a dark complexion and gray eyes, Rodman was distinguished looking and quite reserved. His hobby was flower gardening. An Episcopalian and a Democrat, he was a member of the Princess Ann, Virginia, and Chesapeake clubs of Norfolk. He was buried in Oakdale Cemetery, Washington.

"Records of 280 New Members Entered by the Registrar General from May 1 to September 30, 1911." Official Bulletin of the National Society of the Sons of the American Revolution 6, no. 2 (October, 1911). 26. http://books.google.com/books?id=sTESAAAAYAAJ&pg=RA1-PA26#v=onepage&q&f=false