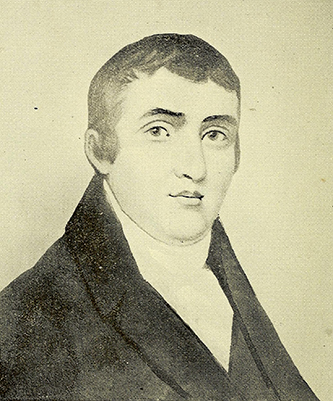 Martin Ross, Baptist minister, was born in Martin County, the son of William and Mary Griffin Ross. His ancestors had emigrated from Scotland to Virginia, and his father moved from there to North Carolina. Martin had four sisters and five brothers, two of whom, Reuben and James, also became Baptist ministers. Nothing is known of his education, but biographers mention his service in the American Revolution.

In January 1782 Ross became a member of Flat Swamp Baptist Church and was baptized by John Page. Two years later the same church granted him a license to preach. In 1786 a branch of Flat Swamp church worshiping at Skewarkey Meeting House in Martin County chose Ross as its pastor. On 26 Mar. 1787 Skewarkey was constituted as a separate church, and Ross was ordained as its first pastor by Lemuel Burkett and John Page. During this pastorate he also reorganized and served as pastor of Morattock Baptist Church. Much to the regret of the Skewarkey church, he took his letter of dismissal in 1796 and moved to Yeoppim Baptist Church, ten miles west of Edenton in Chowan County. He continued in this charge until 1806, when he was called to the church at Bethel in Perquimans County, "a church which had been formed by his own hand." He served as pastor of Bethel until his death in 1828.

Ross preached widely in northeastern North Carolina and southeastern Virginia. He was a vigorous and highly respected leader, first in the Kehukee Association and then in the Chowan Association, and a staunch advocate of training for ministers and for cooperation among the churches. One biographer mentions the progressive aspects of his work as "1. An improved ministry; 2. Missions; and 3. Organized effort." He was a prime mover in organizing the General Meeting of Correspondence (1811–21), the forerunner of the Baptist State Convention, and was strongly advocating the organization of the convention at the time of his death.

He married Mrs. Deborah Clayton Moore, widow of James Moore, who died in 1796. Ross's second marriage was to Mrs. Mary Harvey, widow of Miles Harvey. She and a son both died in 1825. Ross had two other sons: Asher, who never married, and Martin, Jr., who married Eliza Townsend.

With the death of his second wife and son, Ross's health began to decline, and he was unable to do the work of corresponding with other associations in North Carolina with a view to forming a state convention. After his death he was buried near his wife on his farm near Hertford (owned by John O. White in 1931).