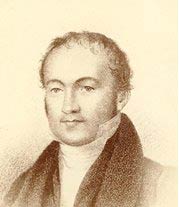 Lewis David von Schweinitz, Moravian clergyman and internationally respected botanist, was born in Bethlehem, Pa. His parents, Hans Christian Alexander and Dorothea Elizabeth von Watteville von Schweinitz, went to Bethlehem when Hans was assigned to be the first administrator of the Moravian Church in America. Lewis attended Nazareth Hall, a Moravian School for Boys in Nazareth, Pa., until his father was recalled to Europe in 1798. Lewis, then eighteen, accompanied his parents and entered the Moravian Theological Seminary, at Niesky in Lusatia, where he studied theology and botany. One of his teachers inspired him to work intensively on the topic of fungi, and together they published a treatise on fungi in 1805. In 1807 von Schweinitz began to teach at the Boys' Boarding School in Niesky. He was soon appointed superintendent of the Single Brethren in Gnadenberg, Silesia, and a year later he was transferred to the same position in Gnaden, Saxony.

He must have impressed the Moravian Elders with his supervisory abilities, because in 1812 he was called to be administrator of the entire Moravian Southern Province in America. His diary of the trip from Herrnhut, Germany, to Salem, N.C., via Bethlehem, Pa., is in the archives of the Moravian Church in America, Southern Province, Winston-Salem. It was a long journey filled with obstacles and tragedy, but in November 1812 von Schweinitz and his wife arrived safely in Salem. 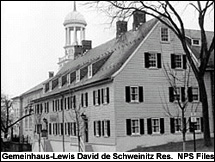 Upon his arrival he was made a member of the Helpers' Conference and saw to all the business affairs of Salem and the other towns in the Southern Province. Often he assisted in church services and festival days for the various choirs within the congregation. He was a comfort to everyone, especially the widows of Salem, and he served as their curator beginning in 1813.

When it came time to elect a representative to the General Synod in Herrnhut, Germany, to be held in 1818, von Schweinitz was the overwhelming choice. In September 1817 he and his family left Salem for Philadelphia and from there sailed for Germany in November. They were away for sixteen months, returning to Salem in 1819, when the General Assembly of North Carolina elected him as a trustee of The University of North Carolina. In 1821 he accepted the call to serve as head pastor for the congregation in Bethlehem, Pa., and returned to the place of his birth. From there he attended the General Synod of 1825 in Herrnhut. At that session he was made senior civilis, overseer of the material interests of the Church in America. Afterwards he returned to Bethlehem, where he died nine years later. 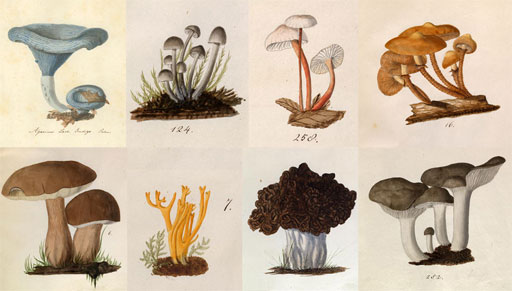 Today von Schweinitz is best remembered for the contribution he made to the study of botany in America. He continued his early interest in the study of fungi and published a number of works on that and other previously unidentified plant species native to America. In his last published paper, "Synopsis of the American Fungi" (1831), he listed more than 1,200 fungi that he had discovered and named along with over 3,000 already known species. He corresponded with botanists in Europe and America and enjoyed an excellent reputation throughout the scientific world. In 1817 the University of Kiel, in Denmark, conferred on him an honorary doctor of philosophy degree in abstentia. He was also a member of the Lineian Society of Paris and the Academy of Natural Sciences in Philadelphia.

Many of von Schweinitz's manuscripts, letters, sketches, and important herbaria are now owned by the Academy of Natural Sciences in Philadelphia. Other papers relating to his administration in Salem and his work in botany as well as a portrait of him are in the Moravian archives in Winston-Salem.

A Memoir of Lewis David Von Schweinitz, with a Sketch of His Scientific Labours: Read Before the Academy of Natural Sciences of Philadelphia, 1835 (Google eBook). Walter Johnson. http://books.google.com/books/about/A_memoir_of_Lewis_David_von_Schweinitz_w.html?id=gBQXAAAAYAAJ

"Eight of the 940 watercolor illustrations of fungi by Lewis David von Schweinitz in the Academy Archives. Ewell Sale Stewart Library and Archives Coll. no. 437. " The Academy of Natural Sciences. Available from http://www.ansp.org/explore/online-exhibits/stories/lewis-david-von-schweinitz-the-botanist-bishop/ (accessed June 6, 3013).