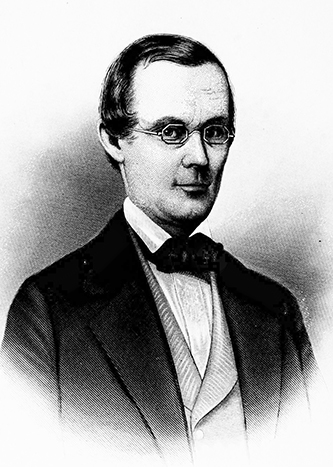 William Biddle Shepard, lawyer, congressman, and state senator, was born in New Bern, the third of ten children of William and Mary Williams Blount Shepard. His father, a wealthy landowner, was a noted public speaker who owned large tracts of land. William B. Shepard's younger brother, Charles, was also a member of Congress.

Shepard attended preparatory schools in New Bern before entering The University of North Carolina in 1813. Having inherited his father's talent for public speaking, he was encouraged by fellow students to make a speech on the war between the United States and Great Britain and, more specifically, to denounce a member of the university faculty, a British subject who expressed his English sentiments with a bit more freedom than the students liked. Shepard delivered his speech (including statements that the president had directed him not to include) before a large number of receptive students who cheered him on. He was the hero of the day, and word of his action spread throughout the state. Nevertheless, because trustees' regulations prohibited students from making political speeches, Shepard and several other students who had supported him were obliged to withdraw.

Shepard continued his studies at the University of Pennsylvania, from which he was graduated; afterwards he studied law in New Bern, where he was admitted to the bar. His first law practice was in Camden County, where he owned extensive land, but he later moved to Elizabeth City and remained there for the rest of his life.

In 1829 Shepard was elected to the U.S. House of Representatives as a Republican. Although one of the youngest members when he took the oath, he quickly established himself as a fearless, earnest, and able congressman. He began his career in Washington during the administration of President Andrew Jackson and in the midst of a stormy dispute between Jackson and the U.S. Bank. Shepard sided with the bank against Jackson, and it was over this issue that his speeches gained him the most notice as a congressman. Although opponents of the bank suggested that Shepard's stand was due to kinship ties (Nicholas Biddle was his first cousin as well as president of the bank), their allegation was never sub-stantiated. 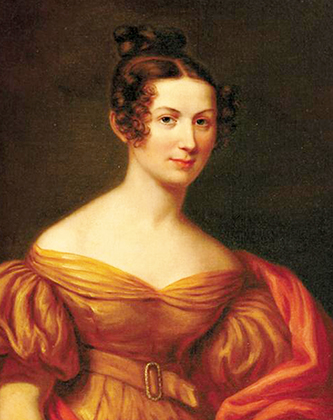 In other congressional action, Shepard was instrumental in procuring appropriations for the opening of Roanoke Inlet and devoted much of his time to that project. His efforts in that area were considered critical in opening access to the Albemarle section of the state.

Shepard retired from Congress voluntarily in 1837. Returning to Elizabeth City, he was appointed president of the branch of the state bank there. He also was a member of the North Carolina Senate from 1838 to 1840 and from 1848 to 1850. As a senator he became popular for his firm stand on states' rights.

At the urging of his friends Shepard became a candidate for the U.S. Senate in 1844, but he lost to George E. Badger by a very slim margin. He then retired from public life until his return to the state senate in 1848. In the interim he continued to discharge his duties as president of the branch bank and to pursue literary interests. For his knowledge of the English classics and sixteenth- and seventeenth-century writers, he came to be regarded as one of the state's most scholarly men.

Shepard was married twice and had one child by each wife. In 1834 he married Charlotte Cazenove, of Alexandria, Va., who died a year later leaving a daughter, Gertrude. In 1843 he married Annie Daves Collins of an influential Edenton family. They were the parents of William Biddle.

From 1838 until his death Shepard was a member of the board of trustees of The University of North Carolina. He was buried in St. Paul's Churchyard, Edenton.

Shepard, William B. "An address delivered before the two literary societies of the University of North-Carolina." Raleigh : Printed at the office of the Raleigh Register. 1838. https://archive.org/details/addressdelivered00shep (accessed June 10, 2013).