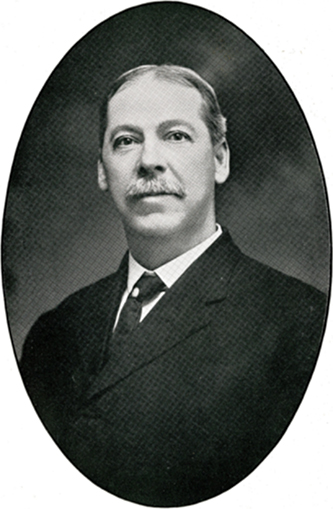 Charles Aurelius Smith, merchant, banker, and governor of South Carolina, was born in Hertford County, N.C., the son of Joseph H. Smith, a farmer, and Eva J. Reddick. He was educated in the common schools before attending Reynoldson School in Gates County to prepare for college. He entered Wake Forest College in 1879 and was graduated with honors in 1882.

In order to pay off his considerable college debt, the young man accepted a teaching post in the schools of Timmonsville, S.C. He soon left teaching to found and manage Charles A. Smith Company, a mercantile business, and became co-owner of Smith-Williams Company of Lake City. Smith served as president of three banks: Citizens Bank of Timmonsville, Bank of Lynchburg, and Peoples' Bank of Lamar. He was president of Timmonsville Oil Company.

Smith's dramatic business success led to his inevitable rise in the ranks of the local Democratic party. Chosen mayor of Timmonsville in 1903, he served in that position until his election to the South Carolina House of Representatives in 1910. He was lieutenant governor from 1911 to 1915. When Cole Blease resigned from the governorship on 14 Jan. 1915, Smith served the remaining five days of Blease's term.

Smith's charitable and educational activities were many. His favorite charity was the Connie Maxwell Orphanage at Greenwood, S.C., to which he gave generously and for which he served as a trustee from 1900 until his death. He also served as a trustee of Coker College in Hartsville and of Greenville Women's College, as well as chairman of the board of trustees of Furman University (1909–16).

Robert Sobel and John Raimo, eds., Biographical Directory of the Governors of the United States, vol. 4 (1978).