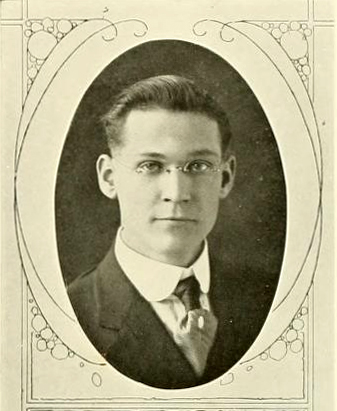 H[ilrie] Shelton Smith, teacher and author, was born in McLeansville, the son of Henry Brooks and Lula Jane Wyrick Smith. In 1915, while enrolled at Elon College, he was ordained to the ministry in the First Congregational Christian Church in Durham; he was graduated from Elon in 1917. During World War I he served in France as a chaplain with the rank of first lieutenant. Continuing his interrupted studies at Yale University, he first received a B.D. degree and then in 1923 a Ph.D. Later he was granted honorary degrees from Defiance College in Ohio (D.D., 1926) and Elon (Litt.D., 1940). Between 1923 and 1928 he was director of leadership education for the International Council of Religious Education. He then became associate professor of religious education at the Teachers College of Columbia University (1928–29) and at Yale (1929–31).

Smith joined the Duke University faculty in 1931 to establish a religious education program. There for a time he taught Christian ethics, the philosophy of religious education, and American religious thought. In 1945 he became James B. Duke Professor of American Religious Thought. At various times during his career he also lectured at the Pacific School of Religion, the Washington Cathedral, Hebrew Union College, the Austin Presbyterian Theological Seminary, the Princeton Theological Seminary, and elsewhere. A popular lecturer, he spoke to the American Society of Church History, the American Theological Association, the International Council on Religious Education, and other organizations. Among Smith's books were Faith and Nurture (1941), Changing Conceptions of Original Sin (1955), and In His Image, But . . . Racism in Southern Religion, 1780–1910 (1972). He was coauthor of American Christianity: An Historical Interpretation with Representative Documents in two volumes (1960).

Under Smith's leadership, the study of American Christianity became a recognized field for investigation and study. He also supported local ecumenical activity and for this purpose was active in the creation of the North Carolina Council of Churches, of which he was the first president. At Duke he directed the program for graduate studies in religion from 1935 to 1962; its offerings leading to a doctorate was the first in a southern university.

In 1918 he married Alma Bowden, and they were the parents of a son, Richard Bowden. In Durham he was a member of the Pilgrim United Church of Christ.