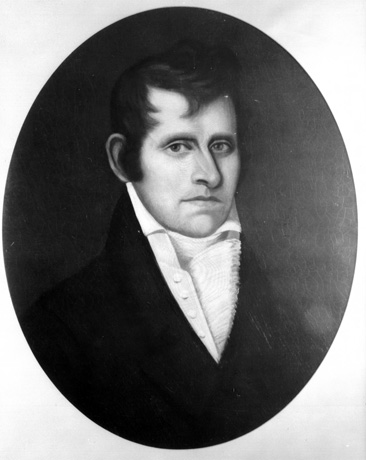 James Strudwick Smith, physician and politician, was born in Orange County of unknown parentage; he may have been the illegitimate son of William F. Strudwick, for whom the court issued bastardy charges in 1788, omitting the name of the female involved. The Strudwicks were near neighbors of the Reuben Smith family of the Hawfields. James Strudwick Smith's many-faceted career brought him both fortune and misfortune. He studied medicine with Dr. James Webb of Hillsborough in 1810 and then, with the help of friends, completed two courses of study at the University of Pennsylvania in the winters of 1810–11 and 1811–12 but left without pursuing a degree because of insufficient funds. Later, when the state of North Carolina contemplated reestablishing a medical society, Smith, hoping to be made president, applied for his diploma and paid the necessary fee. His degree was granted on 26 June 1821, and his diploma was dated 1822.

Though apparently a sound and successful physician, he was not content to devote himself entirely to his profession. He wished, perhaps, for greater fortune than that could yield him. Throughout his life he engaged in a variety of business partnerships, starting in 1815 with a relation of his wife when he established the firm of James S. Smith and Company, probably a short-lived merchandising business. His next venture was with Dr. Thomas Jefferson Faddis. They started another general store in Hillsborough in 1819, but their account books show that in 1824 the partnership became entirely medical; their later accounts were only for medical services and drugs.

During the same period of the early 1820s, Smith was a partner of Josiah Turner in a copper shop, though he soon sold his share of the business. His largest venture was with Thomas D. Crain in the operation of mills, distilleries, and tanyard of which Smith became sole owner in 1836.

During these years Smith was investing heavily in land. He had received from his father-in-law large tracts in Chatham County, but in addition he bought land in Orange County, lots and houses in Hillsborough for his dwelling, office, and business operations, and over 7,000 acres in Illinois that had been granted to soldiers as bounty land. Like many other ambitious men of his day Smith overextended himself, and in 1845 he went bankrupt and was divested of all his property except what he had been able to transfer to his wife and children, to the chagrin of his creditors.

Ill health had interrupted his medical career in the late 1830s, for the newspaper in 1840 stated that he was resuming his practice but could not take night calls because of failing eyesight. His son Francis, by then associated with him, would take those calls. Again in 1845 he announced that he was going to devote himself entirely to his practice, an ironic notice considering the forfeiture at just that time of all his other interests. It was probably at this time, too, that he moved from Hillsborough to the Smith Level Road house outside Chapel Hill (still standing in 1978) where all his family members were to live out their lives.

By this time, Smith could no longer command support in his political career. He had early entered public service as a town trustee and justice of the peace in 1811. Then followed election as a Democratic Republican to represent the Hillsborough district in both the Fifteenth and Sixteenth congresses (4 Mar. 1817–3 Mar. 1821), in which he conscientiously served the farming interests of his constituents by advocating the repeal of various internal duties and opposing the tax on bar iron and distilleries. Smith tried to reform the presidential electoral procedure by giving the common man a larger share in the process. Despite his effectiveness as a worker and speaker, he was defeated in his bid for a third term.

He did succeed, however, in winning that same year Hillsborough's seat in the state legislature, a franchise he would later oppose successfully as a delegate to the 1835 constitutional convention, which eliminated borough representation. In his last two races, running on the Whig ticket for the Senate in 1832 and the House of Representatives in 1841, Smith was defeated.

Cultural and social organizations also interested Smith. He was a vice-president of the Hillsborough Literary Association to promote "social intercourse and mutual improvement," the first of its kind in the state, and a trustee of the Female Academy run by the Reverend William M. Green.

Smith joined the Eagle Lodge of the Masonic order in 1819 and quickly rose to the top, a pattern typical of all his other endeavors. He was appointed to a committee to plan a building for his lodge in 1821 and laid the corner-stone of the new building as grand master of the order in North Carolina in 1822. The only known portrait of Smith hangs in this building in Hillsborough; a copy hangs in the grand lodge.

The construction of the Masonic lodge was not Smith's only connection with a historic building. In 1844 he sat on a committee that determined the location and plan of the new Orange County Courthouse in Hillsborough. John Berry's famous building was the result, and Smith was deputy grand master for its dedication ceremonies.

Smith was elected a trustee of The University of North Carolina in 1821 and a member of its board of visitors in 1827. As a trustee he suggested that a physician be employed and paid for by fees collected from the students; he offered himself for this post. This kind of self-promotion seems to have been typical of the man and accounts for much of his unpopularity with his colleagues. His energy and talent put him quickly at the top of whatever field he entered, but his brash ambition always brought him dislike and loss of favor. Willie P. Mangum referred to him as the "puffing" doctor, and Dr. Webb, when asked to give a deposition in a lawsuit involving Smith, was forced to admit that he would not trust him when Smith's interest was at stake. Another of his contemporaries wrote, "Can't we keep the man of many pursuits at home? . . . He is a perfect Proteus, always varying." These are probably just accusations, but even his critics would probably have acknowledged the large role he played in his time and place, a force always to reckon with if never really to admire or respect.

From his marriage with Delia Jones (bond dated 18 Oct. 1813), the daughter of Francis and Mary Page Jones of Chatham County, Smith had three children: Mary Ruffin (1814–85), Francis Jones (1816–77), and James Sidney (1819–67). All were unmarried and left no legitimate descendants, but by both sons through a favorite slave of the Smith family named Harriot there were numerous progeny including Dr. Pauli Murray, a lawyer and activist for blacks' and woman's rights.