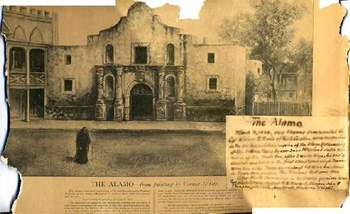 Joshua G. Smith, was born in North Carolina but moved to Bastrop, Tex., as a young man. He enlisted in the Texas army as a private and, in early 1836, accompanied a segment of the army to San Antonio de Béxar. Smith died during the defense of The Alamo. As a result of his sacrifice, his descendants received land grants in the Montgomery and Shelby land districts of Texas.

Amelia W. Williams, "A Critical Study of the Siege of The Alamo and the Personnel of Its Defenders," Southwestern Historical Quarterly 37 (1933–34).