Edwin Monroe Stanley, lawyer, chief judge of the U.S. Middle District Court, and religious, educational, and civic leader, was born in Kernersville. Of English-German ancestry, he was the youngest son of John Brantson and Nettie Louise Atkins Stanley. Young Stanley received his secondary education in the Kernersville schools and earned an LL.B. degree at Wake Forest in 1931. He passed the state bar examination before his twenty-first birthday but could not practice until afterwards. In 1964 Wake Forest University awarded him an honorary LL.D. degree. 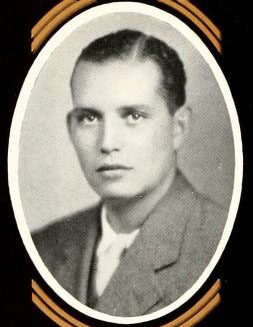 Stanley opened a law office in Greensboro in 1931 and engaged in private practice until 1954. Between 1951 and 1954 he was judge of the Greensboro juvenile court. Appointed U.S. attorney in the Middle District of North Carolina in 1954, he served until 1957. In that position he was prosecutor in the widely publicized Junius Scales case, in which the avowed Communist was sentenced to a six-year prison term for violating provisions of the Smith Act. Later the U.S. Supreme Court threw out the sentence and ordered a new trial. Stanley could not participate in the second trial, but Scales received the same sentence that he had in the first.

On 23 Oct. 1957 President Dwight D. Eisenhower appointed Stanley a judge of the U.S. Middle District Court. Succeeding retiring Johnson J. Hayes, he began serving in a recess appointment on 1 November. In February 1957 his nomination was approved by the Senate Judiciary Subcommittee—no doubt in part because of the commendation he received from the chairman, Democratic senator Sam J. Ervin of North Carolina. At that time Ervin said, "I've never seen so many Democrats travel such a long distance to make sure a Republican was placed in a high position." He also told a Republican member of the committee, "Everything I know about Ed Stanley is good except that he belongs to your party instead of mine." Approval by the full judicial committee and Senate followed, and Stanley became judge in 1957. He was elevated to chief judge in 1961.

During his years as a federal judge he made a name for himself as "a peacemaker in school desegregation suits," praised by black and white, Democratic and Republican leaders. On 27 Dec. 1971 a Greensboro Daily News editorial declared: "If a single man was responsible for the relative peacefulness of school integration in the Middle District of North Carolina, many would single out Ed Stanley." With one exception—the Winston-Salem case, which was handled by Judge Eugene Gordon—Stanley heard all the public school desegregation suits brought to the court in the Middle District from the time of his appointment until his death. These suits involved schools in Albemarle, Durham, Greensboro, High Point, Lexington, Reidsville, and Salisbury. In all desegregation cases he brought the litigants together at the beginning; as a consequence, he was never forced to draw zone boundaries for school attendance.

When an integration suit was filed, Judge Stanley invariably followed this procedure: first, he set a date for a pretrial conference and presided over that conference with both sides present; second, after areas of agreement and disagreement had been determined, he directed lawyers for both sides to get together outside of court, draw up points on which they agreed, and report their conclusions to him; third, he instructed the school board to draw up a plan in accordance with the areas of agreement and to provide the court and plaintiffs' lawyers with copies of the plan; and finally he held what he termed a "final pre-trial conference" to bring the two sides into agreement. This mode of action avoided trials and appeals, kept the case within his jurisdiction, and eliminated many of the difficulties that beset school integration elsewhere. Many other U.S. courts adopted his procedure.

On 30 June 1933 Stanley married Lottie Belle Myers of Monroe; they became the parents of twins, Susanne (Mrs. Hoke Smith Carlan, Jr.) and Robert Myers. Also in 1933 he joined the First Baptist Church, Greensboro, where he served on the Board of Deacons (1953–58); though reelected for a four-year term, he had to resign because of other obligations. Stanley was active in Sunday school, teaching a class of young men in 1937–38 and later serving as associate superintendent of one of the departments. Interested in politics while in private practice, he was state president of the Young Republicans Club for two terms in the 1940s. At Wake Forest University he was a member of the board of trustees (1954–58, 1970–71) and chairman of the law school's board of visitors (1968).

On 22 Dec. 1971 Stanley handed down his final desegregation decision in a case involving Greensboro public schools. The next night he died suddenly of a heart attack. He was buried in Forest Lawn Cemetery, Greensboro. After his death a trust fund was set up at Wake Forest University Law School in his memory. His portrait, by Joseph Wallace King, presented by the lawyers in the Middle District of North Carolina to the U.S. Middle District Court, was unveiled in the federal courtroom in Greensboro on 13 June 1975. Copies of all his decisions may be found in the office of the clerk of the U.S. Middle District Court.