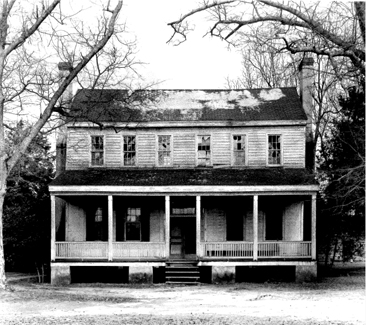 James Stewart, farmer, merchant, state legislator, and congressman, was born in Scotland, where he had a "liberal" education. Immigrating to the New World, he settled with other Scots near what came to be called the community of Stewartsville in Richmond (now Scotland) County. Stewart, who became a prominent farmer and merchant, served in the North Carolina House of Commons in the sessions of 1798 and 1799 and in the North Carolina Senate in 1802–4 and 1813–15. From 5 Jan. 1818 to 3 Mar. 1819, as a Democrat, he filled the vacancy in Congress left by the resignation of Alexander McMillan.

The census of 1820 indicated that he was engaged in "commerce" and that his household consisted of himself and four females aged ten, sixteen, twenty-six, and forty-five. His will, dated ten days before his death, left his home, farm, and other property to his wife, Margaret, during her lifetime and afterwards to his son, John. He also left his son twenty-five volumes of "British poets," his "congressional books," a silver watch, a number of slaves, and goods that appear to have been the stock in his store, as well as slaves to his wife during her lifetime. Nineteen slaves were mentioned by name. In addition to land in North Carolina, he bequeathed 1,000 acres in South Carolina and 160 acres in Illinois (which had been admitted to the Union only three years previously). He also mentioned his daughters—Ann McInnis, Margaret McQueen, Mary, and Penelope. He was buried in the Old Stewartsville Cemetery near Laurinburg.

The Biographical Directory of the United States Congress indicates that both James Stewart and his predecessor in Congress, Alexander McMillan, were Federalists. http://bioguide.congress.gov/scripts/biodisplay.pl?index=S000909