James Moore Tatum, star athlete, football coach, and university athletic director, was born at McColl, S.C., the youngest of five sons of Walter Robert and Jessie Carmichael Tatum. His father was a general merchant-banker-farmer. His mother was descended from Highland Scots who settled in Dillon, S.C. When Jim was twelve, his father died leaving nine children to be educated.

Young Jim enrolled at The University of North Carolina under the persuasion and with the financial aid of an uncle, William Donald Carmichael, Jr., of New York City, who was a vice-president of the Liggett and Meyers Tobacco Company. A sandlot player whose personal temperament earned him the sobriquet "Sunny Jim," Tatum starred as a catcher, outfielder, and hitter; won two All-American mentions, and became an All-Southern tackle (1934) as a deceptively quick six-foot, four-inch 220-pounder under the coaching of "Chuck" Collins and Carl Snavely. After his graduation from the university in 1935, he immediately followed Snavely to Cornell University as his assistant football coach and Cornell's head baseball coach. One of his baseball teams went to the eastern regional finals. 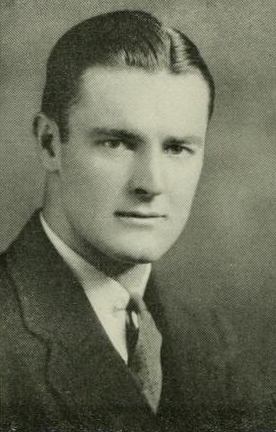 Tatum returned to The University of North Carolina as director of freshman athletics in 1939, became head coach for one year (1942), and then joined the navy and learned the Split-T formation as an assistant to Don Faurot, the system's founder, at Iowa Pre-Flight. He was head coach at Jacksonville Naval Station for one season (1945) with a 9–2 record before being tapped as head football coach for the University of Oklahoma, where one of his assistants was Charles (Bud) Wilkinson. Jim Tatum was credited with laying the groundwork for that school's phenomenal reign in football. His 1946 Oklahoma team won eight games and lost three; it beat North Carolina State University, 34–14, in the 'Gator Bowl.

From Oklahoma, he went to the University of Maryland in 1947 as head coach and athletic director. During nine years, he built the Terps from a shambles into a football power that won the National Championship in 1953, when Tatum was named Coach of the Year. Five of his Maryland teams played in postseason bowls, winning two (against Missouri and Tennessee), losing two (both to his old Oklahoma coached by his former assistant, Bud Wilkinson), and tying one (with Georgia).

On his second return to his alma mater, in 1956 (at a substantial cut in salary), he faced problems, one being a defeatist attitude among Tar Heels after a cycle of lean seasons. In striving for the goodwill of students, faculty, and administration, he reorganized and expanded the university's Educational Foundation—the source of athletic grants-in-aid—until it enjoyed enthusiastic and spirited alumni support, which long outlived him. Except for an occasional golf game as a recreational release, he devoted himself single-mindedly to his football teams. Nights and weekends were spent in tireless recruiting. Summers went to clinics and public appearances calculated to knit more solidly the relationship between football and other university programs. He experienced the only losing season of his career (2–7–1) in 1956 but came back in 1957 with a 6–4 record, which included upset victories over otherwise undefeated Navy, traditional rival Duke, Miami, and Clemson. The 6–4 record was repeated in 1958.

For all the acclaim his victories brought, Tatum also felt thorns among the roses. Maryland was criticized for overemphasizing football; in one year the school awarded 93 scholarships, averaging $944 each, to Tatum's players. The University of North Carolina student newspaper greeted him as "this parasitic monster of open professionalism." When his student supporters demanded an election to recall the editors, Sunny Jim came to the defense of the free press and dismissed the incident as a "tempest in an ink pot."

When his singular devotion to football prompted the same student paper to take him to task for "playing to win and win alone," the supremely self-confident coach commented: "Winning isn't the most important thing—it's the only thing."

Win he did. During fourteen years of coaching and as athletic director of three top universities, he built from the bottom on each assignment and compiled a record of 100 wins, 34 losses, and 7 ties. Dick Herbert, former sports editor of the Raleigh News and Observer and a discerning commentator on athletics, noted these special Tatum strengths: "soundest in devising defensive tactics . . . ability to organize . . . work with alumni  . . . [and] one of the top recruiters in football." Herbert said that there had been "few like him" and noted "a degree of genius about him." Tatum was enshrined on 12 June 1975 in the South Carolina Athletic Hall of Fame.

On 7 May 1938 Tatum married Edna Sumrell, of Ayden, the daughter of Barnes and Minnie Dixon Sumrell. Her father was an automobile dealer in Greenville and Ayden and a Pitt County farmer. Jim and Edna Tatum had a son, James Moore Jr., and two daughters, Mrs. Paul (Rebecca T.) Hilstad of Minneapolis, Minn., and Mrs. Ronald W. (Reid T.) Merritt of Chapel Hill. All were graduated from The University of North Carolina. The son and one son-in-law earned law degrees at Chapel Hill, and the other son-in-law took a law degree at Duke University.

While visiting in Canada with fellow coaches Clyde (Peahead) Walker of Montreal and Frank Howard of Clemson, S.C., Tatum apparently contracted an overwhelming viral infection, which also hospitalized his wife. One week after entering Memorial Hospital in Chapel Hill, the big, rugged veteran of so many physical campaigns succumbed. His wife threw off the virus.

Tatum was Methodist. He was buried in the shade of a tree beside a walkway in the Old Chapel Hill Cemetery.

Mallette, Malcom F. 1957. Jim Tatum of the Tarheels: swaggering Jim Tatum, North Carolina's bullheaded coach, takes no comfort in how his boys play the game-- nothing but winning counts with him: "How can you be a proud of a losing team?" he asks. Philadelphia: Curtis Pub Co. https://www.worldcat.org/title/jim-tatum-of-the-tarheels-swaggering-jim-tatum-north-carolinas-bullheaded-coach-takes-no-comfort-in-how-his-boys-play-the-game-nothing-but-winning-counts-with-him-how-can-you-be-proud-of-a-losing-team-he-asks/oclc/642828571 (accessed June 27, 2014).