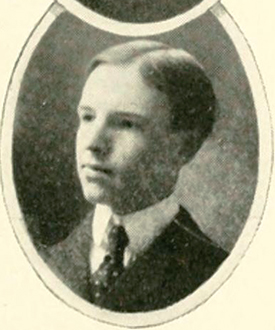 James Horner Winston, attorney, was born at Oxford, the son of Robert Watson, an eminent jurist, and Sophronia Horner Winston. After attending the Durham Grade School and Horner Military School in Oxford, he entered The University of North Carolina, where he was captain of the tennis team and a member of Zeta Psi social fraternity, Phi Beta Kappa, and the Order of Gimghoul. He was graduated with a B.A. degree in 1904. In the same year Winston achieved great distinction when he became the first Rhodes Scholar to be named from North Carolina. He studied at Oxford University from 1904 to 1907, when he was awarded the B.A. degree in jurisprudence from the law school.

Returning to the United States, Winston began to practice law at Norfolk, Va., in 1907. He moved to Chicago in 1911 to join the firm of Winston, Strawn, and Shaw. In 1947 he became associated with Miller, Gorham, Wescott, and Adams, where he remained until his retirement in 1953. Known as an authority on tax and antitrust law, he was a member of the American, Illinois, and Chicago bar associations. A prominent figure on the Chicago scene, Winston was a member of numerous organizations including the University Club of Chicago (of which he was president), Chicago Club, Law Club, Legal Club, Old Elm Country Club, and Indian Hill Golf Club. In addition, he served for many years on the selection committee for the Rhodes Trust. He was a Democrat and an Episcopalian.